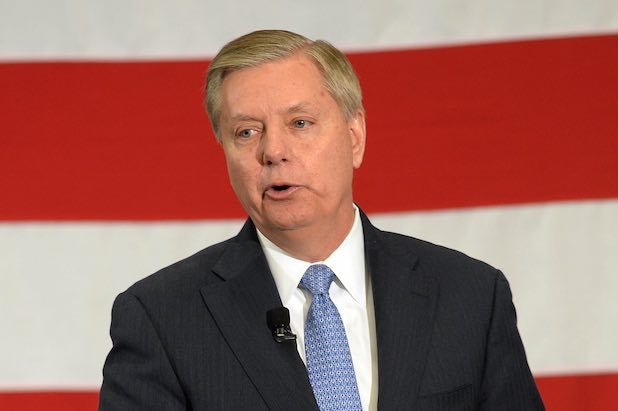 Lindsey Graham, a three-term U.S. Senator from South Carolina, entered the crowded Republican race for the 2016 presidency on Monday.

“I want to be president to protect our nation that we all love so much from all threats foreign and domestic,” the New York Times reports Graham said during a press conference held in his hometown of Central, S.C. “So get ready. I know I’m ready.”

Former secretary of state Hillary Clinton, Vermont Sen. Bernie Sanders and former Maryland Gov. Martin O’Malley are among the candidates who have announced their candidacy for the Democratic party’s presidential nomination.

Graham also kicked off his campaign with a four-minute video touting his “American Upbringing,” that stretches from his childhood to military experience.

Also Read: How Republicans Are Using Women, the Internet and Reality TV to Elect Candidates