Sen. Lindsey Graham joined Fox News Sunday evening to discuss, among other things, the ongoing investigation of former president Donald Trump and the FBI’s raid on his Mar-a-Lago estate.

In a viral clip from his “Sunday Night in America” interview that’s since been pulled from the network but is making the rounds social media, the Republican senator from South Carolina warns of violence if a prosecution of Trump comes through: “I’ll say this: If there is a prosecution of Donald Trump for mishandling classified information after the Clinton debacle, there will be riots in the street.”

Hours after the interview, Trump himself promoted the statement on his own account via Truth Social. 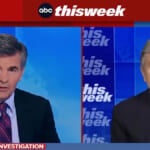 Sitting with the news program’s host Trey Gowdy, Graham began by noting that most Republicans, including him, “believe when it comes to Trump, there is no law, it is all about getting him,” nodding to the twice-impeached politician’s track record and ongoing scrutiny from the Democrats.

He then compared the treatment of Trump in his handling of classified documents after leaving the White House to the FBI’s response to political scandals from his opposing party, like Hillary Clinton’s email server or the Hunter Biden laptop story.

“There is a double standard when it comes to Trump,” Graham said.

Trump’s circumstances, however, are different from Clinton and Biden, the latter a private citizen who has never held government office. The FBI’s raid of the former president’s Mar-a-Lago estate cropped up 300 classified documents that were taken from the White House. Such a mishandling, per a law that Trump instated in 2018, is a felony offense and threatens to put him in the crosshairs of prosecution.

Watch the clip from Graham’s interview in the video above. 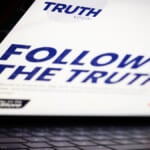