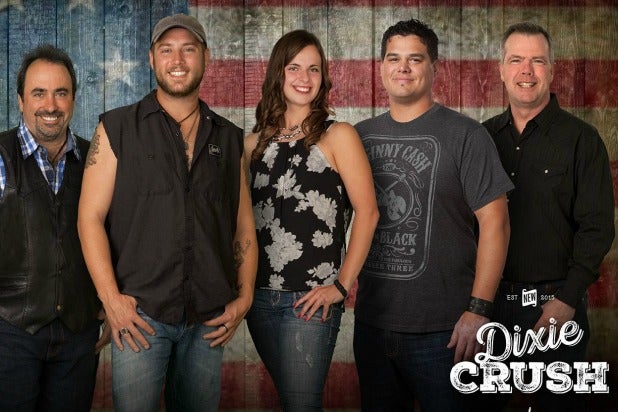 Lindsey Renee Lagestee, a singer and founding member of the country music cover band Dixie Crush, died Monday due to complications after being struck by a car last Friday, the Chicago-based band announced on their Facebook page. She was 25.

“To our Dixie Crush family, aka the #CrushCrew, thank you so much for the outpouring of love and support these past few days,” the statement reads. “Some of you may have already heard the terrible news, but It is with the heaviest of hearts, we sadly share that Lindsey Renee passed away on Monday due to complications from the accident last Friday. Our hearts are broken over this senseless tragedy.”

Lagestee was hit by a car while crossing the street to play a Valentine’s Day show at the Firewater Saloon in Chicago that night.

“She had just parked a couple of blocks down for the club we were scheduled to play,” fellow Dixie Crush member Jim Nonneman told Taste of Country. “She exited her pickup truck and was making her way to the venue when she was struck by a car.” Lagestee was rushed to the hospital and died from her injuries three days later.

The band’s Facebook message goes on to say that bandmates have received notes, texts, emails and posts from hundreds of friends and fans expressing their sympathy and condolences. “The common thread was love. If you have a Lindsey story, please post it and tag Dixie Crush.”

A GoFundMe for Lagestee’s family was set up by a friend of the band to help with expenses for her funeral, which will be held on Feb. 22 in Lansing, Illinois.