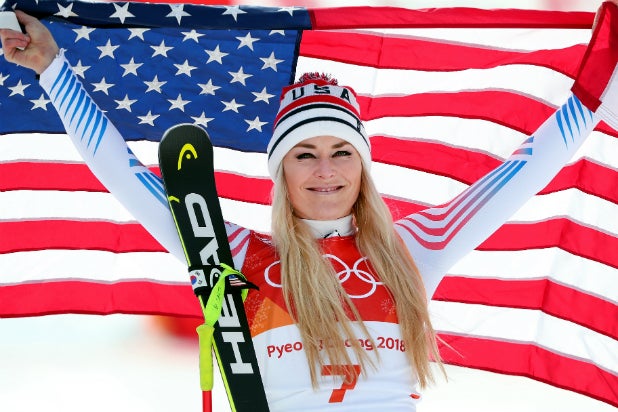 Americans didn’t tune in to root on Lindsey Vonn in nearly the same numbers they showed up for Shaun White last week — but NBC still easily iced out any broadcast competition on Tuesday, including “Bachelor Winter Games.”

NBC was first in ratings with a 3.9 rating/15 share in the advertiser-coveted 18-49 demographic and in total viewers with an average of 16.8 million, according to preliminary numbers. It was all Pyeongchang Olympics competition in primetime.

CBS and Fox tied for third in ratings, both with a 0.6/2. CBS was second in total viewers with 5.9 million, Fox was fourth with 2.1 million. Both aired all repeats.

Univision and Telemundo tied for fifth in ratings, both with a 0.5/2. Univision was fifth in total viewers with 1.5 million, Telemundo was sixth with 1.3 million.