Once we get through the rest of November sweeps, and the bleakness of the holiday-season TV landscape, it’s time for midseason replacements.

Networks are starting to announce the premiere dates for new and returning series.

Here’s what we know so far: 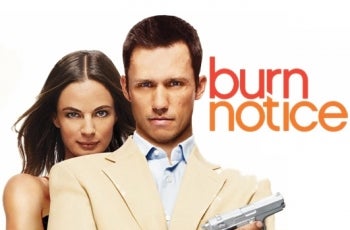 On USA Network, "Burn Notice" returns for the back half of its third season on Thursday, Jan. 28, at 9 p.m.

It will be followed by new series "White Collar," which moves to a new night and timeslot at 10 p.m. The freshman series ends its current batch of fresh episodes on Friday, Dec. 4.

Over at ABC Family, original dramas “The Secret Life of the American Teenager” and “Make It or Break It” return on Monday, Jan. 4, at 8 and 9 p.m., respectively.

Both had been scheduled to return on Jan. 11, but ABC Family moved them up a week.

And as of Jan. 25, when "Greek" returns at 10 p.m., ABC Family will create its first three-hour block of original programming on Monday nights. "Greek" will have 10 fresh episodes to round out its third season.

Over at WE tv, "Little Miss Perfect" returns for its second season on Wednesday, Jan. 13, at 10 p.m. The hourlong reality series explores the ins and outs of the junior beauty pageant world, offering revealing behind-the-scenes footage of the families, contestants and professional experts who participate.

The 12-episode season showcases 24 girls all gunning for the title of Little Miss Perfect.

Also at WE, season four of "Platinum Weddings" premieres Jan. 3 at 9 p.m.

The bad economy doesn’t seem to be putting a dent in these brides’ ambitions: New half-hour episodes include Baseball Hall of Famer Tony Gwynn’s daughter’s wedding, which is all about diamonds — $1.35 million worth; Black Eyed Peas guitarist George Pajon Jr.’s treating his guests (including Fergie) to a swim with sharks at Mexico’s Xcaret eco-park; and a $500,000 extravaganza where the couple is being married by former California Gov. Gray Davis and the guests include numerous members of the political elite.