Lionsgate and Crest Animation Studios will co-produce "Norm of the North," an animated family feature in stereoscopic 3D, as the second film in their three-picture deal. Lionsgate will distribute the movie in North America.

Steven and Daniel Altiere wrote the script for "Norm of the North," which is expected to be completed by the first quarter of 2012. Katsumoto will oversee the production for Lionsgate; Crest Animation production president Richard Rich will oversee for Crest. 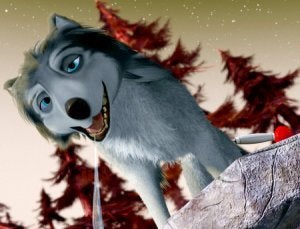 Paseornek and Katsumoto said in a joint statement: “Our partnership with Crest has gotten off to a terrific start with ‘Alpha and Omega,’ and ‘Norm of the North’ is an ideal follow-up. In its range of characters, locations and narrative, ‘Norm of the North’ offers a bounty of riches for family audiences.”

In "Norm," the title character is a polar bear who takes refuge in an abandoned research station when the ice begins collapsing beneath him. He is accompanied by three Arctic lemmings, sidekicks who instinctively copy Norm’s every move, which pleases the natural entertainer no end. But as the polar ice caps continue to break apart, their home is dislodged, setting Norm and the lemmings on a journey that ends in Manhattan. Norm is discovered by the head of a multinational company and becomes their mascot, enabling him to live his performing dream as a dancing star. Unfortunately, he also soon learns the polar ice caps are continuing to break apart, and the people that made his dream come true are responsible. Norm knows he must stop them before they destroy his home.