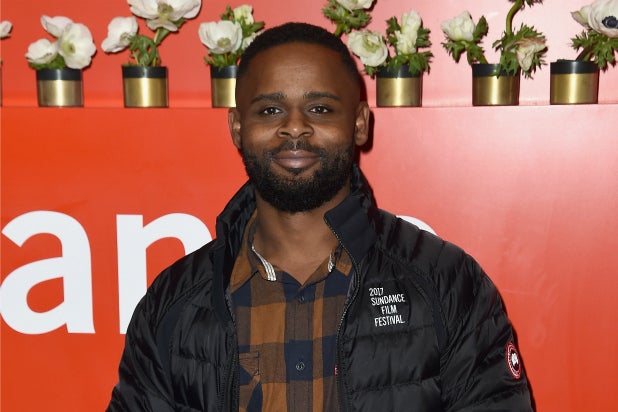 The film, a potential franchise launch for Lionsgate, is expected to be a high-octane action thriller, which reunites the “Creed” and “Black Panther” star with McMurray, who served as a producer on “Fruitvale Station,” the winner of the 2013 Sundance Grand Jury/Audience Award.

Jordan is producing through his Outlier Society production company alongside Nickel City Pictures.

“‘Fruitvale Station’ changed our lives. Six years later I’m reuniting with Michael in 2019 and directing him in one of the most exciting and intelligent kick-ass action projects Hollywood and Lionsgate has cooking. It’s beyond dreams,” McMurray said in a statement. “Michael is an amazing, one-of-a-kind talent. He will bring a chilling and unnerving edge, authenticity and precision to the character of Columbus.

“The Silver Bear is an incredible hunt-and-chase story about the most skilled and feared hitman in the underworld and I have a unique vision for how I want to bring that to life,” McMurray continued. “I am beyond honored and excited to be working with such supportive partners as Outlier Society, Nickel City Pictures and Lionsgate on my next film.”

Jordan launched his film and TV company in the fall of 2016 with Alana Mayo heading production and development, and their slate includes projects like “Gen:Lock,” “Raising Dion,” and “David Makes Man.”

“The Silver Bear” is an adaptation of the popular book series by Derek Haas (“Wanted,” “3:10 to Yuma”). The film will follow the story of Columbus (Jordan), who becomes the most feared and respected hitman in the criminal underworld. Haas’s series of novels was optioned by Nickel City Pictures, which hired Frank Baldwin to adapt the first book and attached Jordan to star and produce before bringing the package to Lionsgate.

Vishal Rungta, Mark Fasano and Ankur Rungta will be producing for Nickel City.

“Every step forward on ‘The Silver Bear’ has been the perfect marriage of the material to the creative talent involved. We could not be more amazed by the way this project has come together, especially with Gerard McMurray’s bold, creative vision for the movie and Michael B. Jordan’s immense skills as an actor and a producer,” Lionsgate Motion Picture Group president Nathan Kahane said in a statement. “We are confident the right team is in place to do something very special with Derek Haas’ action-packed, suspense-filled novel and are thrilled to be collaborating with daring filmmakers like Gerard, Michael and the team at Nickel City Pictures. As we re-energize our slate with films like this, Lionsgate intends to be a home where artists can bring and make their very best movies.”

“We are very excited by the addition of Gerard to direct ‘The Silver Bear,'” Nickel City’s Vishal Rungta said in a statement. “From the first meeting, it was clear that Gerard was the right person to realize the potential of the underlying material and is a perfect match for Michael’s talent and charisma. This combination will deliver an interesting, layered action film that today’s audience will love.”