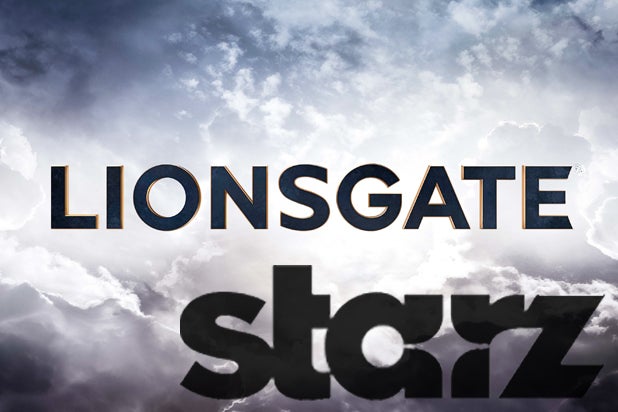 Lionsgate is set to (finally) acquire Starz in a deal valued at $4.4 billion, spread across cash and stock. The two companies had previously flirted for quite some time.

Here’s what the combined company will encompass, per joint Lionsgate-Starz joint announcement: A 16,000-title film and television library; the largest independent television business in the world, including 87 original series on 42 U.S. networks; a feature film business that has generated over $7 billion at the global box office over the past four years; operation of or investment in 30 channel platforms around the world, including the flagship Starz platform reaching 24 million U.S. subscribers, the Starz Encore network with over 32 million subscribers and five OTT services; and a growing presence in location-based entertainment and video games, driven by the company’s deep portfolio of brands and franchises.

“The combination of Lionsgate and Starz brings significant scale to our portfolio of content and distribution assets and will enable us to compete successfully in today’s rapidly evolving global entertainment marketplace,” said Dr. Mark H. Rachesky, Lionsgate’s chairman of the board.

“This transaction unites two companies with strong brands, complementary assets and leading positions within our industry,” said Lionsgate CEO Jon Feltheimer and Vice Chairman Michael Burns. “We expect the acquisition to be highly accretive, generate significant synergies and create a whole that is greater than the sum of its parts. Chris Albrecht and his team have built a world-class platform and programming leader, and we’re proud to marshal our resources in a deal that accelerates our growth and diversification, generates exciting new strategic content opportunities and creates significant value for our shareholders.”

Greg Maffei, chairman of Starz, added: “Chris Albrecht and his team have grown Starz into an industry leader that provides highly rated and diverse content, drawing critical claim and brand recognition for Starz. Together, Lionsgate and Starz form an entertainment powerhouse with a world-renowned studio that produces blockbuster movies and channels with must-have programming that will be able to capitalize on content opportunities across multiple platforms. The combined company will be well-positioned to return more value to our shareholders and effectively compete in the global media marketplace.”

“Jon, Michael and the rest of the Lionsgate team have built the first major new Hollywood studio in decades, and we’re thrilled to join with them in a transaction that multiplies the strengths of our respective businesses,” said Starz CEO Chris Albrecht.

The agreement has been approved by both the Lionsgate and Starz Boards of Directors, and will be submitted to their respective shareholders for approval as well as to regulatory authorities. The proposed creation of Lionsgate non-voting stock is also subject to shareholder approval.

Closing is expected to occur by year-end. Lionsgate intends to fund the cash portion of the deal with a combination of newly issued bank and bond financing.