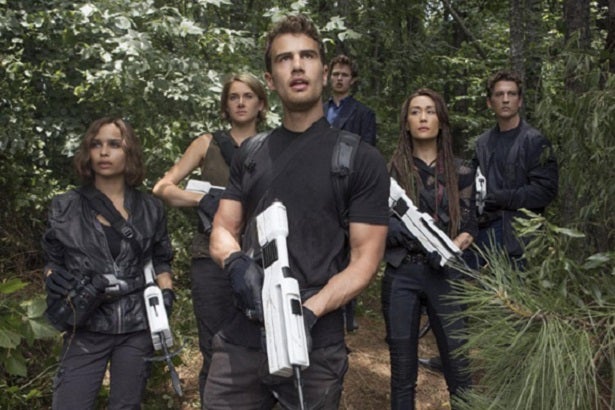 Lionsgate stock took a tumble when the stock markets reopened Monday, after a rough opening weekend for film “Allegiant.”

Lionsgate stock has been struggling since mid-November, last experiencing an overnight crash in early February when it unveiled disappointing third-quarter financials.

Here’s a shot of the stock over the course of five days: 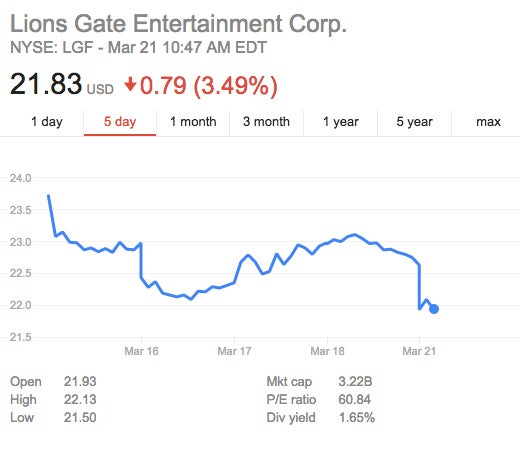 Originally tracking for $30 million to $40 million, poor reviews and fatigue with both the young adult genre and the franchise took a toll on “Allegiant,” the first of two planned releases based on the final book in the “Divergent” trilogy by Veronica Roth. Audiences gave the film a “B” CinemaScore. That’s better than the critics, who have it at a dismal 10 percent positive on Rotten Tomatoes.

Three weeks before the opening of “Allegiant,” Lionsgate debuted “Gods of Egypt,” which had a steep $140 million production budget but only took in $14 million, becoming the biggest flop of the young year.