In a challenging year for smaller movie companies, Lionsgate did something impossible for visitors to its de facto icon Jigsaw’s chamber of horrors — it survived.

The plucky studio that has slowly climbed the Hollywood ranks on the backs of genre fare and Tyler Perry’s corpus will probably be glad to see the door shut on 2009.

Earnings dipped as the studio dialed down the number of movies it produced and was hit-hard by a hemorrhaging DVD market. While the major studios padded their theatrical revenues with the nearly $1 billion boost in domestic box office grosses for the year, Lionsgate failed to capitalize on the ticket sales bonanza.

But despite a taxing 2009, Lionsgate executives told TheWrap that the studio’s core philosophy is starting to reap dividends.

"It was a rough year, but at the same time we’re feeling bullish," Joe Drake, president of the studio’s motion picture group and co-chief operating officer, said. "We’re finally seeing fruits of two years worth of work after a year and half of being beat on.

"Our mantra is the same. It’s that we’re staying where we think we can win, with a financial model we can stomach, and making films for an audience we talk to regularly."

True, Drake may be seeing green shoots where others see gathering clouds, but there are in fact a number of rubrics in which the studio has been successful.

Domestic box office for the year was down slightly from the previous year, $403 million in 2009 as opposed to $436.8 million in 2008 — but the studio’s scaled-back release schedule helped cut costs.

Marketing expenses, for example, decreased 66 percent over the last quarter.

The studio also has inched back to profitability. After operating at a loss in 2008, it reported a $31.7 million profit in its most recent quarterly report, compared to a loss of $52 million in the year-ago quarter.

Overall revenue rose 3 percent from the same point last year in the second quarter to $394 million, while net income grew to 27 cents per share, up from a net loss of 44 cents per share last year. Those stronger figures were helped in part by hit television properties like "Mad Men" and "Weeds."

Drake also points to higher per-movie grosses as a sign that the studio is beginning to feel the wind at its back. On average, Lionsgate releases pulled in $31 million this year, compared to $22.9 million in 2008. 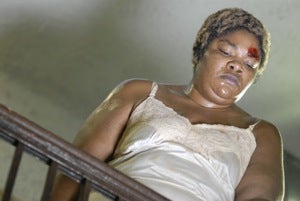 oing forward, Lionsgate successfully issued debt to generate cash. In a tight credit market, for example, the company managed to raise over $200 million in October.

Lionsgate remains the moviemaking equivalent of Ichiro Suzuki — they hit for average instead of going after the long ball. The studio leans on a slate of mid-budget horror and action films that appeal to a niche audience.

None of the studio’s 11 films grossed over a $100 million. What they have been successful at doing is transforming their low-cost movies into modestly performing singles and doubles, leaving the bleachers-clearing tentpole pictures to their big-studio competitors.

In keeping with this philosophy, the studio let the larger guns carve up the summer months between themselves, releasing no films between May’s "Battle for Terra" and September’s "Gamer."

Among the studio’s more profitable ventures in 2009 were "Tyler Perry’s Madea Goes to Jail," which brought in $90.5 million, "The Haunting in Connecticut" which netted $55.4 million, and "My Bloody Valentine" which grossed $51.5 million.

All of these films fit nicely into the studio’s pattern of highly targeted releases with budgets that rarely top $20 million.

The biggest surprise was "Precious," a gritty drama about an obese African American girl that throws in incest and illiteracy for good measure and still managed to be one of the few awards contenders this fall to turn a profit.

Made for $10 million, the film has already brought in over $40 million and could reap more money after Oscar nominations are announced at the end of January. (Stars Mo’Nique and Gabourey Sidibe will likely pick up acting nods and the film may nab a Best Picture nomination.)

In a season that’s seen other Oscar hopefuls such as "An Education" and "The Hurt Locker" stumble at the multiplexes, "Precious" has appealed to female and African American audiences, the same groups responsible for the studio’s previous successes with writer, director Tyler Perry.

It also helped that the film bore Perry and Oprah Winfrey’s imprimatur after both agreed to serve as executive producers.

"’Precious’ definitely outperformed our expectations," Drake said. "But we have a vision for this when we acquired it. We knew this audience and we had a two track plan to appeal to both African American and upscale audiences." 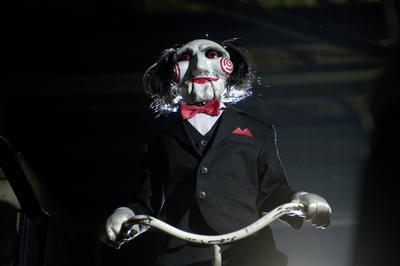 The studio had some misfires, but executives say that the small budgets warded off any out-and-out bombs and  enabled Lionsgate to turn a profit films that never took off theatrically through DVD rentals and sales.

Both "New in Town," a Renée Zellweger romantic comedy, and "Gamer," a Gerard Butler action film underpreformed, bringing in only $16.7 and $20.5 million respectively.

Movies that deviated from the studio’s niche approach and relied more heavily on star power failed to register.

Perhaps most worrisome for the company was that "Saw," the long-running series of splatter films, began to show signs of franchise fatigue. In a head-to-head battle with Paramount’s "Paranormal Activity," "Saw VI" lost much of its teenage core audience to Oren Peli’s low budget smash. At $27 million, it was the lowest performing "Saw" installment, bringing in roughly half of part five’s $56.7 million take.

The cratering profits are in many ways attributable for the studio’s overall dip in revenue. Still at a cost of just  $11 million, Lionsgate stands to make a profit on the horror film.

"We were going headlong into a phenomenon in the same genre and space as ‘Saw,’" Drake said. "Every kid had to be part of the ‘Paranormal’ conversation, and there was nothing we could do to move out of way."

"We’ve come to conclusion that there is life left in the franchise," Drake added. "Its incumbent on us to reinvent the movies so audiences can embrace them again."

Looking ahead, Lionsgate will roll out several movies that shun the four-quadrant approach of big studio hit makers and instead go after rigidly delineated audiences. The studio is particularly bullish on "Kick-Ass," a superhero story with Nicolas Cage that hits theaters in April; the Katherine Heigl and Ashton Kutcher romantic action movie "Killers"; and "The Expendables" starring Sylvester Stallone, Jet Li, Jason Statham and about every other high testosterone level performer on the planet hits theaters in August.

In a sign that the studio isn’t afraid of repeating itself, 2010 will also bring new incarnations of its most resilient cash cows. "Tyler Perry’s Why Did I Get Married Too" bows in April and not even "Paranormal"s’ demon could keep Jigsaw down for long. "Saw VII" debuts in time for Halloween. With a nod to reinvention, the carnage will be in 3D this time.

PREVIOUSLY:
A Sly Fox Creeps Toward #1
Paramount Hopes to Beam Up Profitability for 2009
A Tough but Still Profitable Year for Universal
Disney’s Revenue Ballooned Up in 2009, But So Did Costs
In Treacherous Movie Landscape, Sony Moves Deftly
Holy Hangover! For Warner, a Record-Breaking Year
x
Looks like you're enjoying reading