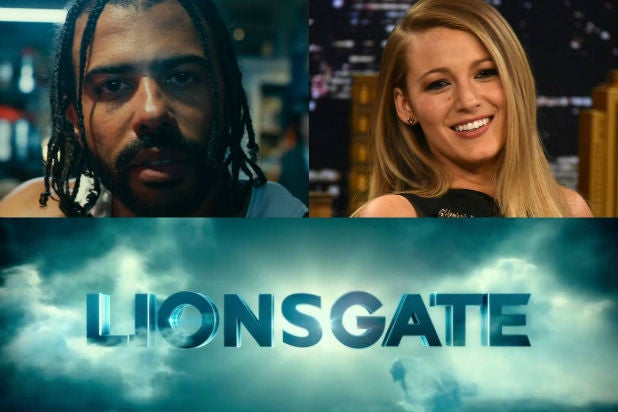 “Variety” is a word a lot Hollywood studios throw around when they make their annual sales pitch to American theater owners at CinemaCon — they boast a versatile slate of films that appeal to all audiences across the 12-month calendar.

Lionsgate closed this year’s exhibitor convention in Las Vegas on Thursday, and while they have a grab bag of mid-range films to offer the marketplace, there wasn’t a credible amount of cohesive identity on display.

They did have fun, we’ll admit. Watching Blake Lively mix a martini beside Anna Kendrick as they ribbed their “A Simple Favor” director Paul Feig was as stylish and effective as it could be for the dead last presentation in a four-day assault of footage and celebrity speeches.

The “friller” — a fun thriller, Feig swears! — sees Lively as an edgy suburban transplant who ropes her mommy blogger pal Kendrick into a web of lies and danger.

Then there was the steely action of “Robin Hood,” where “Kingsman” star Taron Edgerton trades Saville Row suits for “Game of Thrones”-style chainmail and a bow and arrow to rob from the rich and so on. Jamie Foxx and liberated “50 Shades” star Jamie Dornan upped intrigue in the trailer played.

Cheeky titles like basketball comedy “Uncle Drew” with Tiffany Haddish and the slapstick “The Spy Who Dumped Me,” with Mila Kunis and Kate McKinnon, also prove the studio and its imprint Summit Entertainment still know how to lure and weaponize talent.

We also can’t omit the golden goose they won at Sundance, Daveed Diggs and Rafael Casal’s stunning racial dramedy “Blindspotting.” The men who spent nine years writing the opus and valentine to Oakland, California, shook the crowd from their Vegas hangovers with a spoken word tribute to victims of police violence and the rampant gentrification their hometown is enduring.

But who is Lionsgate these days?

Making his CinemaCon debut, Lionsgate Motion Picture Group co-chair Joe Drake assured the theater owners that they have another franchise cooking, and it has two undeniable names and a blockbuster book as source material.

That would be “The Kingkiller Chronicles,” a series hopeful that has Sam Raimi as a director and Lin-Manuel Miranda as producer and “musical mastermind.”

He also signaled he’ll be exerting more control over the slate, perhaps defining the emotional software update the studio seems to need.

“We’re building for 2019 with a slate that is diverse, spanning all genres, loaded with stars and deep in areas of proven strength,” Drake said.

Studio domestic distrbution head David Spitz opened the presentation with the same battle cry everyone else did — that despite mass media consolidation (for which Lionsgate is target, by the way) the only thing they do every day in the film group is make movies to put in theaters.

It’s likely you’ll see a few in the coming year, but it’ll take a lot more than a “Hamilton” name-drop and stiff martini to convince us they know where they’re going.