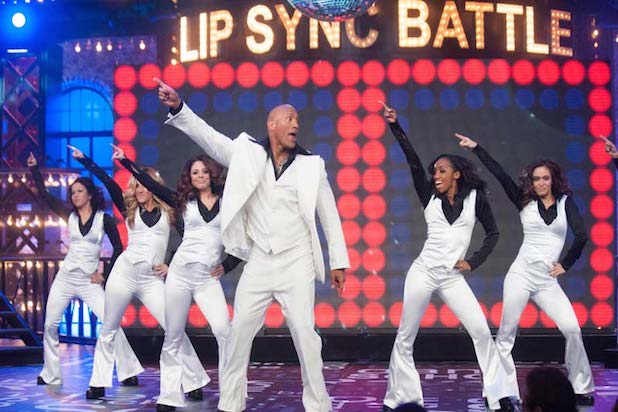 Get ready for more fake singing and outrageous celebrity performances.

The show, which was spawned by Jimmy Fallon‘s “Lip Sync Battle” segments on “The Tonight Show” and is hosted by LL Cool J, has been a ratings hit for the network, averaging 3 million viewers, making it the most-watched original program in the network’s history, and ranking in the top spot of its timeslot in all of cable among the advertiser-coveted 18-49 demographic.

“Lip Sync Battle,” which features celebrities facing off against each other to determine who can pretend to sing a song best, is executive produced by Casey Patterson, Jay Peterson of Matador Content, John Krasinski, Stephen Merchant and Eight Million Plus Productions. Notable performers in its current season include Anne Hathaway, whose quasi-rendition of Miley Cyrus‘ “Wrecking Ball” has drawn 14 million views via video streaming.

Over three weeks, the show has amassed more than 107 million video streams.

“‘Lip Sync Battle’ is a television and viral rock star for Spike,” network president Kevin Kay enthused. “We are thrilled to be renewing Lip Sync Battle whose success is a direct result of the brilliance and creativity of our producers, the brave performers and of course the coolest new duo on television, LL Cool J and Chrissy Teigen.”