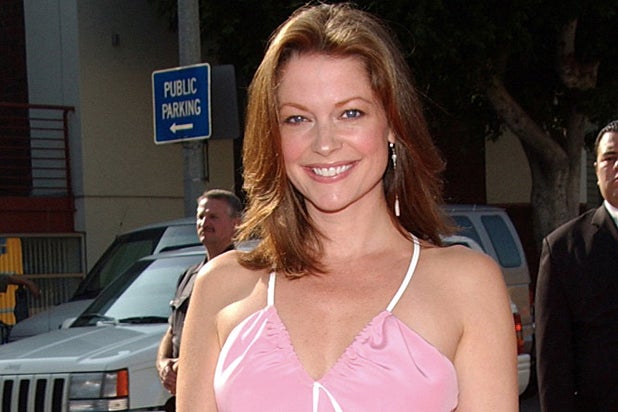 Lisa Lynn Masters, an actress who had small roles in TV shows like the Netflix hit “Unbreakable Kimmy Schmidt,” has been found dead in a hotel room in Lima, Peru. She was 52.

According to local news site Peru21 and reported by People, Masters had been struggling with depression, and officials found antidepressants in her hotel room along with the body on Tuesday.

“As to her husband and family’s wishes, we hope that the industry can mourn her death without details,” her spokesperson told TheWrap. “In these darkening days, we hope those who have had the pleasure of knowing her will see how brightly she shined and will find that light within themselves and continue to share it with others — just as she would have.”

A GoFundMe page has been set up in her name to help with travel costs for her husband, William, and for funeral expenses.

“Our dear friend Lisa Masters passed away tragically and unexpectedly in Lima, Peru on November 15, 2016. Lisa’s genuine warmth, generosity and tenacious strength will be deeply missed,” the message reads.

Born in Omaha, Nebraska, Masters lived in Brooklyn, New York, and broke into acting after working as a TV news reporter and a model.

See the full message on the page below.

Our dear friend Lisa Masters passed away tragically and unexpectedly in Lima, Peru on November 15, 2016. Lisa’s genuine warmth, generosity and tenacious strength will be deeply missed.

Lisa’s beloved husband William is shocked and grieving her sudden loss. In the midst of his mourning, William faces daunting financial challenges, including the substantial funeral and transport expenses forLisa in and between Peru and the United States.

William is a healing arts practitioner and a long-time Brooklyn resident. Lisa and William lived modestly and both contributed to the expenses of their household. Without Lisa’s income, William faces an immediate challenge to covering the rent on his apartment among other things.

There is no way for William to get through this kind of crisis on his own. As friends of  William and Lisa, we are organizing to raise money to cover:

- Preparation and freight charges for shipment of Lisa’s remains from Lima to the US
- Funeral services in Lisa’s childhood home of Asheville, North Carolina
- Airfare between NYC and Asheville
- A month of lost wages for William
- Lisa’s share of the rent for their home. Although William will ultimately have to leave his home, we would like him to be able to stay there without worry for the next year, as he recovers from this loss.
- Moving expenses, as William will ultimately not be able to stay in his home long-term.

Any donation you can make to ease this difficult time would be so appreciated and would make a big difference.

Our hearts go out to our dear friend William. We will miss Lisa very, very much.