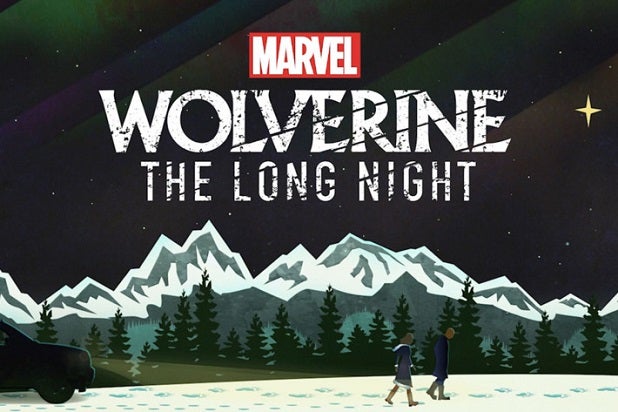 Fans who wish they had a new dose of Wolverine, Marvel’s beloved claw-sporting Canadian killing machine, are in luck. Marvel is launching of a new Wolverine story — in podcast form.

“Wolverine: The Long Night” is a podcast that tells a new, original Wolverine story in the form of a radio drama. It follows two FBI agents who head to Alaska to investigate a series of deaths that local police claim are bear attacks, but locals fear they’re dealing with a serial killer. The agents, on the other hand, seem to know something the people of Burns, Alaska, don’t — that they might be looking for a particular mutant.

The first episode of “Wolverine: The Long Night” is available on Stitcher.com for free, but the rest of the podcast will require a Stitcher Premium subscription. That’ll run $4.99 a month, although Stitcher is offering a free month to Wolverine fans. The podcast features the voice work of Ato Essandoh (“Jason Bourne),” Celia Keenan-Bolger (“The Visit),” Scott Adsit (“30 Rock”) and “The Hobbit” actor, Richard Armitage, as Wolverine.

You can listen to the official trailer for the podcast here.

Wolverine is best known as a member of the X-Men, Marvel’s team of superhero mutants, or humans with special powers. For Wolverine, those powers are an ability to heal and regenerate his body. His backstory includes being part of a military program that turned him into “Weapon X,” in which his skeleton was infused with a super-strong fictional metal called Adamantium. The Adamantium skeleton makes Wolverine nearly indestructible, but his experiences in the program also cost Wolverine memories from his past.

The last film to feature Wolverine, played by Hugh Jackman, was the spectacular “Logan,” which found the superhero years in the future, struggling with heavy metal poisoning from the Adamantium in his system. “Logan” marked the end of Jackman’s term as the character after a lengthy run embodying the gruff, reluctant hero.

Also Read: 'Wolverine' Podcast Review: Logan Lets Others Do the Talking, and It Works

Before that, Jackman’s Wolverine showed up in Fox’s series of X-Men movies “X-Men,” “X2” and “X-Men: The Last Stand,” before getting standalone stories in “X-Men Origins: Wolverine” — which explored the character’s backstory and the Weapon X program — and “The Wolverine,” which dealt with his adventures after his time with the X-Men. He’s also popped up in the more recent X-Men prequel films, with a cameo in “X-Men: First Class,” a major role as a time traveler in “X-Men: Days of Future Past” and another brief appearance in “X-Men: Apocalypse.”