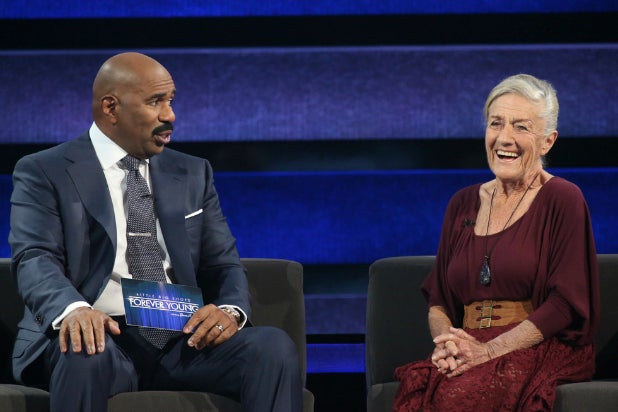 Look at it this way, NBC, you still won 8 o’clock.

The series premiere of “Little Big Shots: Forever Young” landed a 1.0 rating/5 share and 7.4 million viewers across that hour. Unfortunately, “The Carmichael Show” and a pair of reruns dragged the broadcast network’s primetime average down afterward, opening the door for another Wednesday Fox victory in the key 18-49 demographic. It’s important to remind readers here that Fox only nationally programs two primetime hours per evening; the rest of the Big 4 broadcasters do three.

Plus, NBC topped the day part among total viewers, whereas Fox settled for fourth.

NBC was second in ratings with a 0.7/3 and first in viewers with 4.3 million. After the “LBS” old person spinoff debuted, “Carmichael” had a 0.8/4 and 4 million viewers.

CBS, ABC and Telemundo all tied for third in ratings, each averaging a 0.6. ABC and Telemundo both had a 3 share, CBS got a 2. CBS was second in total viewers with 3.6 million, airing all repeats; ABC was third with 2.8 million; Telemundo was fifth with 1.4 million.

Univision was sixth in ratings with a 0.5/2 and fifth in viewers with 1.5 million.