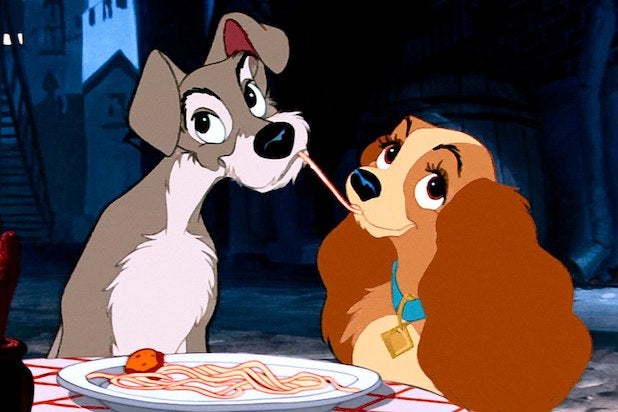 Charlie Bean, director of “The Lego Ninjago Movie,” has been signed by Disney to direct a live-action adaptation of the 1955 animated classic “Lady and the Tramp,” a person with knowledge of the project told TheWrap.

The film will be released as an exclusive on Disney’s upcoming streaming service, which will launch in 2019.

The new film will be produced by Brigham Taylor, who co-produced the 2016 “Jungle Book” remake for Disney with director Jon Favreau.

Other original projects being planned for the streaming service include the films “Magic Camp” and “Noelle,” which had originally been planned for theatrical release, a “Star Wars” live-action series written and produced by Favreau, and an animated series based on Pixar’s “Monsters Inc.”

The original “Lady and the Tramp” followed a cocker spaniel whose life of luxury abruptly ends when her owners have a baby.

Left out on the streets, she is saved by a scraggly stray who shows her how to not only survive but thrive on the streets. Andrew Bujalski is writing the script for the remake with Jessica Virtue and Chaz Salembier overseeing the project for Disney.

Prior to making his feature length debut with “Lego Ninjago,” Bean worked as a director for Disney’s animated TV series “Tron: Uprising” and served as a storyboard artist under Genndy Tartakovsky for his Cartoon Network shows including “Dexter’s Laboratory,” “The Powerpuff Girls,” and “Samurai Jack.” He is repped by Verve.