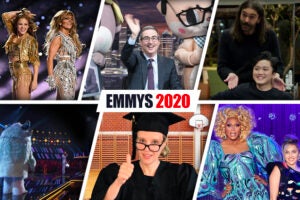 That was one important cop show

Primetime viewership for A&E Network has halved since the cable channel canceled “Live PD” last month, bowing to pressure from groups who said the show glorified police. The scrapping of “Live PD” came days after Paramount Network axed “Cops,” a cancellation that itself came days after George Floyd was killed by then-Minneapolis police office Derek Chauvin.

A&E canceled “Live PD” on June 10. From June 11 through July 19, a time period first looked into and reported on by the Wall Street Journal, A&E’s primetime viewership averaged 498,000 audience members, according to Nielsen. That was down a whopping 49% from the same weeks last year.

“When you take one of the top series in cable off the network in the middle of a pandemic and only air mostly non-premiere programming, you’re obviously going to take a temporary hit in the ratings. It’s to be expected, but what has always set A&E apart is the brand’s ability to find new hits and reinvent ourselves,” an A&E spokesperson said in a statement to TheWrap. “We always maintain a robust pipeline, and will begin airing new premieres in August, including the upcoming new series ‘What’s it Worth?’ with Jeff Foxworthy and ‘Extreme Unboxing.’ In the meantime, we are continuing to listen to both community leaders and Live PD fans to find a way to serve both moving forward.”

Before this all went down, A&E was one of the few networks that had been slightly up (+4%) in primetime viewership , year over year.

Among adults 25-54, the age range A&E bases the majority of its ad sales on, the average primetime viewership across all nights declined 53% from the prior year.

In terms of total-day averages, the declines are still quite hefty, but they are watered down due to the inclusion of more hours.

Despite going through two-thirds of June without its No. 1 show, A&E still finished in 12th place in the 25-54 demo among all of ad-supported cable last month.

Also removed from A&E’s airwaves following the main series’ cancellation were direct police-show spinoffs, “Wanted” and “PD Cam” (“Live Rescue,” the channel’s fire and E.M.T. version of “Live PD,” is not canceled — it’s just not currently on air) and the “Live PD” recap and recut series, like “Rewind” and “Police Patrol.”

In ongoing conversations with TheWrap, an A&E Network insider has maintained the possibility that “Live PD” could return in the future in some revamped form. Such a comeback would likely require a culture shift and/or the blessing and participation of a civil rights group(s).

“This is a critical time in our nation’s history and we have made the decision to cease production on ‘Live PD,'” the network said in a statement on June 10. “Going forward, we will determine if there is a clear pathway to tell the stories of both the community and the police officers whose role it is to serve them. And with that, we will be meeting with community and civil rights leaders as well as police departments.”

The decision to send the show into retirement came two days after the Austin American-Statesman and KVUE-TV  broke the story that during a shoot in 2019, “Live PD” cameras recorded sheriff’s deputies tasing 40-year-old Javier Ambler while he begged for his life. The man died. The show later destroyed the footage, which was its longstanding policy.