The Location Managers Guild International Awards released their list of nominees on Friday, with Netflix dominating nearly every category.

The awards honor the outstanding and creative visual contributions by location professionals in film, television and commercials from around the globe. The LMGI Awards also recognize outstanding service by film commissions for their support “above and beyond” during the production process.

Oscar darling “Nomadland” received a nod for Outstanding Locations in a Contemporary Film. 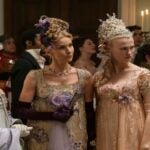 Winners will be revealed during the virtual awards gala “Celebrate the Where,” on Saturday, Oct. 23, 2021, at 2 p.m. PST. See the full list of nominees below.