Netflix’s fantasy thriller series “Locke & Key” will end with its third season, which has been set for later this year.

A Netflix spokesperson confirmed the news to TheWrap. The series, based on Joe Hill and Gabriel Rodriguez’s comic books of the same name, launched on Netflix in February 2020.

“Once we began working on the series, we felt three seasons was the ideal length to bring the story of the Locke family and their Keyhouse adventures to a satisfying conclusion,” co-showrunners and executive producers Carlton Cuse and Meredith Averill said. “As storytellers, we are grateful that we had the opportunity to tell our version of Joe Hill and Gabriel Rodriguez’s incredible story exactly the way we wanted. We’re keeping the magical keys, though, for our own personal use.”

“Locke & Key” Season 1 followed siblings Kinsey (Jones), Bode (Jackson Robert Scott) and Tyler Locke (Connor Jessup), who move into their father’s childhood home, Keyhouse, with their mother Nina (Stanchfield) after he is murdered under mysterious circumstances. The kids soon discover their new home is filled with magical keys that may be connected to their father’s death. As the Locke children explore the different keys and their unique powers, a mysterious demon (De Oliveira) awakens — and will stop at nothing to steal them. 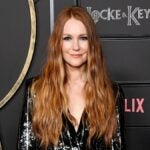 Season 2 watched the siblings embrace their protective roles as Keepers of the Keys, while Dodge (De Oliveira) recruits an amy to take back the keys, and even to attempt to forge new ones. Old faces get more of a backstory while new ones join in and add new plot points. Newly discovered keys add magical twists and turns for the Locke siblings and their friends.