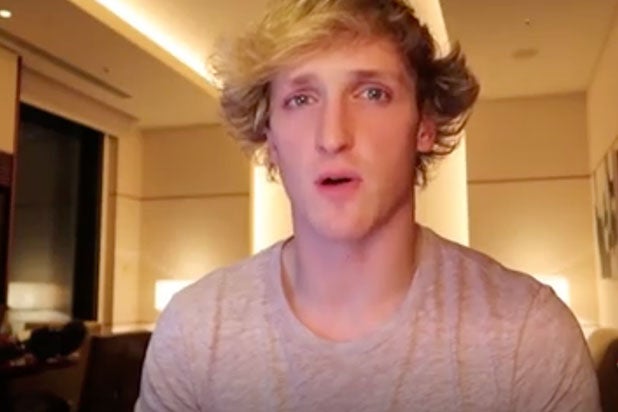 “In light of recent events, we have decided to remove Logan Paul’s channels from Google Preferred,” a YouTube spokesperson told TheWrap in a Wednesday statement. “Additionally, we will not feature Logan in Season 4 of ‘Foursome’ and his new Originals are on hold.”

The two-time 2017 Teen Choice Award winner came under intense fire earlier this month after posting a video titled “We found a dead body in the Japanese suicide forest” that showed a corpse hanging from a tree in Aokigahara forest near Mt. Fuji. He took down the clip a day later, when it had already garnered at least 6 million views and has since apologized for the gaffe multiple times.

“Our hearts go out to the family of the person featured in the video,” YouTube said in a previous statement. “YouTube prohibits violent or gory content posted in a shocking, sensational or disrespectful manner. If a video is graphic, it can only remain on the site when supported by appropriate educational or documentary information and in some cases it will be age-gated. We partner with safety groups such as the National Suicide Prevention Lifeline to provide educational resources that are incorporated in our YouTube Safety Center.”

YouTube issued a Community Guidelines strike to Paul’s channel after he posted the offensive video. The platform also displays Suicide Prevention Resources at the top of the results page for certain suicide-related search queries on YouTube.com.

A person familiar with the matter told TheWrap that YouTube would have taken down Paul’s video if he hadn’t done it first.

Paul has been a lead character in the YouTube Red Original series “Foursome,” about a twenty-something group of friends. Before YouTube decided to reassess its business ties with him, Logan was set to star in “The Thinning,” a thriller distributed by its streaming subscription service. But that project is now on hold.

While Paul will still be able to monetize from his YouTube videos, like any average user, the benefits he reaped from his Google Preferred status, which allows advertisers to identify top content and purchase easy-to-buy ad packages, have been stripped.