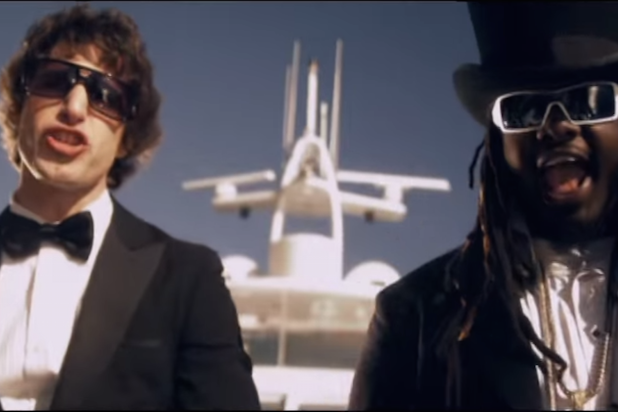 A Vancouver teachers was suspended for five days after showing his class Lonely Island’s music video for “I’m On A Boat.”

According to a content resolution agreement document, Cory Ray Steeve was also being disciplined for showing the class “Big Bad Wolf,” by Duck Sauce.

Steeves was showing the videos to his tenth grade class as part of a lesson on satire in music videos.

Although the teacher had forewarned students that the content in these videos may be offensive to some and gave them the option to leave, the commissioner for teacher regulation felt like Steeves had still crossed the line.

The resolution agreement stated that his actions were inappropriate because the Lonely Island video consisted “primarily of profanity,” while “Big Bad Wolf” depicted “different people with human heads as their genitalia.”

One student had decided to leave the room during Steeves’ lesson.

When watching “Big Bad Wolf” on YouTube, the site also warns viewers that the video may be inappropriate to some and asks that they click a button if they wish to proceed.

Although Steeves had taken his five days suspension in December of last year, he must complete a course on “Reinforcing Respectful Professional Boundaries” by September 2016.

If you’re not familiar with either of the videos, watch them both below, then let us know in the comment section if you think the teacher’s lesson plan was inappropriate.

People hate Third Eye Blind because their first big song had "doo doo doo" in the hook, or because they blame them for songs actually recorded by other artists. But they was doing great things long before they hilariously trolled the Republican National Convention. Here are seven songs that might make you recognize the subversive genius of Third Eye Blind.
View In Gallery