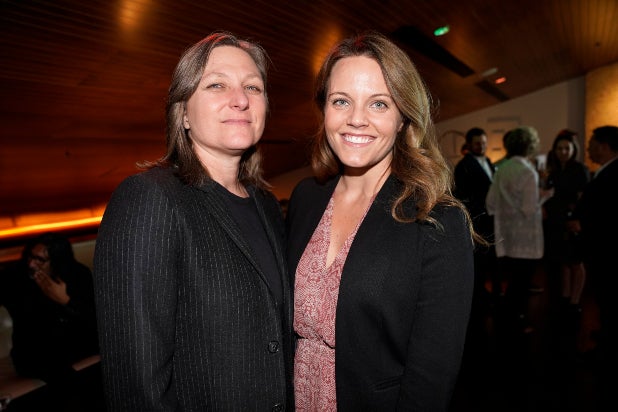 Deadline first reported the news of Goss’ departure, and a network insider confirmed that report’s accuracy to TheWrap.

Goss’ exit is due to an organizational change in structure under Channing Dungey, who joined the company in February as vice president of originals, splitting the role with fellow originals vice president Cindy Holland. Goss, who has been among the longest tenured programming executives at Netflix, will step down this week.

During her tenure, Goss oversaw the development of “The Crown,” Veena Sud’s “Seven Seconds” — which earned star Regina King an Emmy last year — and the Marvel TV slate of “Daredevil,” “Jessica Jones,” “Luke Cage” and “Iron Fist.” The Marvel TV-Netflix pact was dissolved in February, with the final season of “Jessica Jones” streaming in October.

Most of Goss’ current projects will be moving under Nina Wolarsky, an original series vice president, who also reported to Dungey.

Goss started her career at Netflix in 2006, first in the content licensing department, before moving over to original series when the company was shifting away from its old, DVD-by-mail business model.