To follow up on her Independent Spirit Award-winning documentary “The Unforeseen,” Laura Dunn decided to explore the life and work of poet, farmer and activist Wendell Berry.

In “Look and See: A Portrait of Wendell Berry,” she uses Berry (and his Johnny Cash-like lilt of a voice) to document the changing landscapes and shifting values of rural America in the era of industrial agriculture.

The film, which screens this week in the Spotlight section of the Sundance Film Festival after premiering at SXSW last year (under the title “The Seer”), was shot in and around the rolling hills of Berry’s native Henry County, Kentucky. 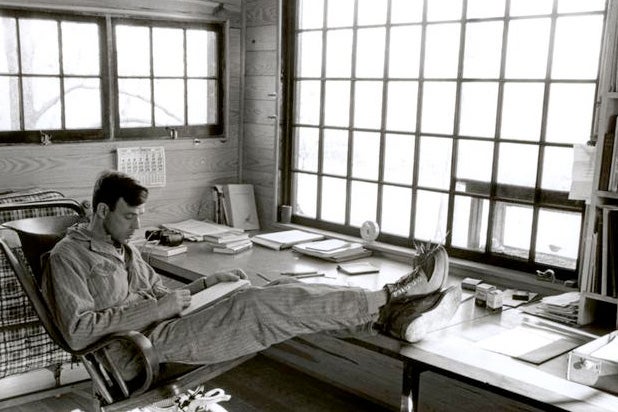 The film is a cinematic portrait of the changing landscapes and shifting values of rural America in the era of industrial agriculture, as seen through the mind’s eye of writer, farmer, and activist, Wendell Berry.

Often called “a prophet for rural America,” Berry has long been a voice for the communities that are so often overlooked by the media. “Look and See” subverts biopic conventions and immerses audiences in Berry’s world, providing a space to talk about the land and those who live on it.

“Look and See” was produced by Robert Redford, Terrence Malick, and Nick Offerman.