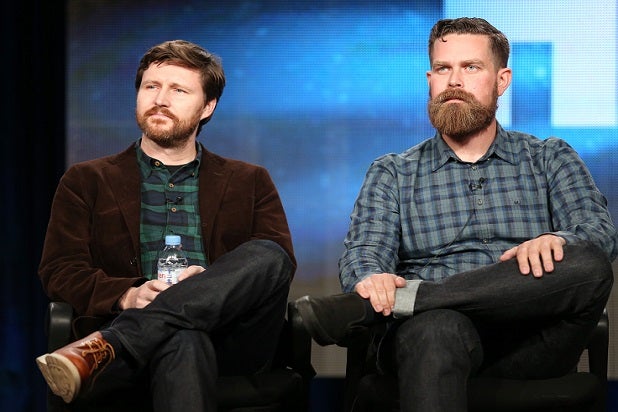 The cast and crew of the upcoming HBO series “Looking” appeared at the Television Critics Association in Pasadena on Thursday to discuss showing the varying aspects of gay life — and depicting a different aspect of San Francisco, where the series is filmed.

While developing the series, which focuses on a group of gay men living in San Francisco, “we talked about how it was an opportunity to do a show in San Francisco that had never been done before,” creator and writer Michael Lannan (pictured above, on the right) told reporters. “You kind of think, ‘A gay show in San Francisco — duh,’ but when we thought about it, it just hasn’t been done.”

But while Lannan and company sought to bring a seemingly obvious topic to a show about San Francisco, Lannan also sought to shine a light on the city itself that hasn’t typically been seen on television.

“I lived in San Francisco for a few years, and I really hadn’t seen the San Francisco that I knew on screen; it was always kind of the postcard shots, or the establishing of the ‘Charmed’ house or something like that, and then the rest of it was shot on a sound stage in L.A.,” Lannan offered. “We wanted to find a new way to portray San Francisco and show some of the rough edges and show the lived-in side of the city.”

While the series — starring Jonathan Groff, Frankie Alvarez, Murray Bartlett and Raul Castillo, who were also on hand for the panel — centers heavily on the gay lifestyle, executive producer and director Andrew Haigh (pictured on the left) hopes that the show will also find a heterosexual following.

“I wouldn’t want it to be a show that’s just for gay people and that’s it; that would be sad,” Haigh said. “So definitely these are gay people, they lead gay lives, but there’s a lot more to them than just being gay, and hopefully people will see that and feel that.”