Stephen Colbert brought the cast of “The Lord of the Rings” movies together Wednesday to mark the first film’s upcoming 20th anniversary with an epic rap paying tribute to what the “Late Show” host considers to be the best trilogy of all time.

In the “Late Show” segment, which you can view via the video above, “Lord of the Rings” alums Elijah Wood, Sean Astin, Billy Boyd, Dominic Monaghan, Hugo Weaving, Andy Serkis, Orlando Bloom and Viggo Mortensen — along with rappers Method Man and Killer Mike, and non-“LOTR” actress Anna Kendrick (who they have dragged into this for some reason) join Colbert and Jon Batiste to honor the 20th anniversary of the Peter Jackson-directed film series. 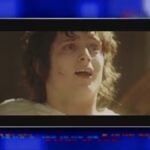 He continued: “‘Harry Potter’ is fine, but it’s no ‘Lord of the Rings.’ I mean, Dumbledore couldn’t take a Balrog. Dumbledore was killed by a high school chemistry teacher. So I think Peter Jackson’s towering achievement deserves the same kind of treatment, because if you ask me, there is no better film series. ‘Lord of the Rings’ is without a doubt the greatest trilogy in movie history. And I know I may have said that many times before, but I have never, not once, rapped it. Until now.”

We cannot possibly do the resulting lyrical masterpiece justice by recapping it here, so watch the “Lord of the Rings” rap above.