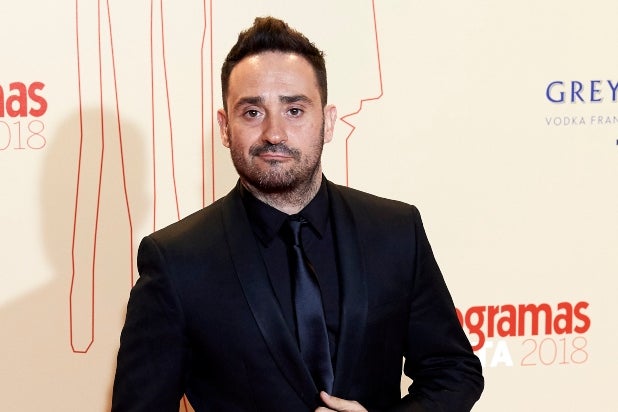 J.A. Bayona has been hired to direct the first two episodes of Amazon’s upcoming “Lord of the Rings” series.

Best known for “Jurassic World: Fallen Kingdom,” Bayona will have the first crack at the much-anticipated fantasy drama series based on J.R.R. Tolkien’s novels. He will also serve as an executive producer, alongside his producing partner Belén Atienza.

“J.R.R. Tolkien created one of the most extraordinary and inspiring stories of all time, and as a lifelong fan it is an honor and a joy to join this amazing team,” Bayona said in a statement Wednesday. “I can’t wait to take audiences around the world back to Middle-earth and have them discover the wonders of the Second Age, with a never-before-seen story.”

“The scope and breadth of J.A.’s world-building is exactly the right fit for our ambitions for ‘The Lord of the Rings.’ He’s a passionate and collaborative director who has brought new stories to life with his multitalented producing partner, Belén,” Jennifer Salke, head of Amazon Studios, added. “We are all excited for them to join our writers J.D. Payne and Patrick McKay, and we can’t think of a better way to begin this journey to Middle-earth.”

“We are thrilled to have J.A. and Belen joining the fellowship as we continue to develop this epic series,” writers JD Payne and Patrick McKay continued. “We have been great admirers of J.A.’s work for years, and know that his epic, cinematic, and deeply heartfelt aesthetic is the perfect sensibility to bring Middle-earth to life anew.”

The “LOTR” series was first announced in November 2017 and is being developed by “Star Trek 4” duo Payne and McKay. The series is set in Middle-earth and will cover the timeline that takes place before “The Fellowship of the Ring.”

Amazon Studios has a multi-season commitment for the series, and the deal also includes a potential spin-off series. The new “LOTR” series will be produced in cooperation with the Tolkien Estate and Trust, HarperCollins and New Line Cinema, a division of Warner Bros. Entertainment.