“Lord of the Rings: The Rings of Power” is breaking records for Amazon’s Prime Video streaming service.

On Saturday, the streamer said its new big-budget fantasy drama was seen by more than 25 million global viewers on its first day of release. The numbers mark the biggest premiere in the history of the streaming service, Amazon says.

“It is somehow fitting that Tolkien’s stories – among the most popular of all time, and what many consider to be the true origin of the fantasy genre – have led us to this proud moment. I am so grateful to the Tolkien Estate – and to our showrunners J.D. Payne and Patrick McKay, executive producer Lindsey Weber, cast and crew – for their tireless collaborative efforts and boundless creative energy.  And it is the tens of millions of fans watching – clearly as passionate about Middle-earth as we are – who are our true measure of success,” Jennifer Salke, head of Amazon Studios, said in a statement. 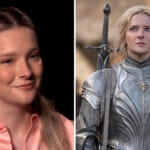 While it’s not at all an apples to apples comparison since it comes from a combo of Nielsen data and other first party data, HBO’s “Game of Thrones” prequel “House of the Dragon” also hit a record with 10 million viewers in its premiere last month and boosted its viewership by 2% for its second episode.

Prime Video doesn’t regularly give out information on viewership, however last fall, the brand said “The Wheel of Time,” was seen by “tens of millions” in its first three days. At the time, the show was the most-watched series premiere of the year and one of the Top 5 series launches ever on Prime Video.

“The Wheel of Time” is currently in production on a second season.

New episodes of “Lord of the Rings: The Rings of Power” drop Fridays on Prime Video up through the series season finale on Oct. 14. 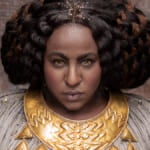 Also Read:
Here’s Why Fans Can’t Review the ‘Lord of the Rings: The Rings of Power’ on Amazon Yet
x