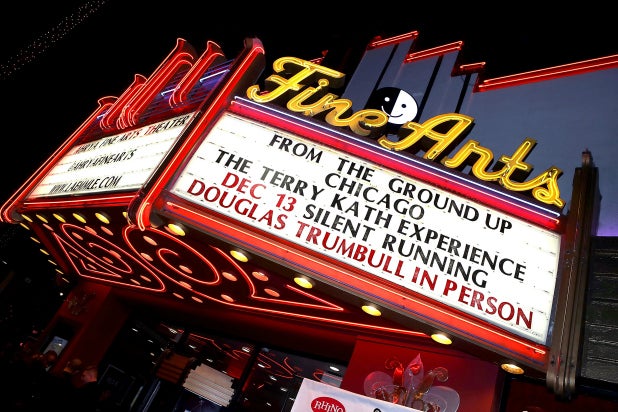 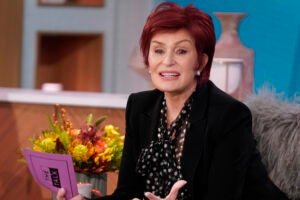 ‘The Talk’ Ratings Down 27% From Last Season – Could Sharon Osbourne Flap Give It a Lift?

”It’s going to be a year-long struggle, but we’re expecting that each month will be better than the last,“ Cinemark CEO Mark Zoradi says

The first few days after Los Angeles movie theaters reopened this week reflected the mixed outlook facing the industry: Plenty of reasons for hope but tough challenges ahead — especially for smaller chains and art-house cinemas.

This weekend, AMC Theatres will have all 25 of its Los Angeles County locations back online. The chain’s Burbank and Century City locations, which reopened on Monday, filled a combined 40 screenings on that day up to the 25% limit mandated by California’s four-tier reopening system, according to an individual with knowledge of the company.

Cinemark is also in the process of reopening its locations not only in Los Angeles but across California. CEO Mark Zoradi said that locations in Van Nuys, Playa Vista and at the Howard Hughes Center near LAX have seen solid business and multiple limited-capacity sellouts. Plans are continuing to open more locations in cities like Sacramento and San Bernardino, and the chain plans to have 59 of its 61 California theaters back online by the end of the week.

“The two most important states to our chain are California and Texas, and getting California reopen after so long has been really exciting for us,” Zoradi said. “We launched our safety measures including concession delivery to your seat and we’ve hired safety officers to make sure that everyone is wearing a mask, all our employees get daily health checks and all auditoriums are disinfected between every show. And in the next two weeks we will have finished installing virus-containing MERV-13 air filters at all our locations nationwide.”

The reopening process is very different for theaters that aren’t a part of a multinational chain, as already has been seen in New York City. Vintage Cinemas, which owns the Los Feliz 3 and the venerable Vista Theatre on Sunset Blvd., told TheWrap that it is still weeks away from reopening. The same is true for L.A.-based art-house chain Laemmle Theatres, which for decades has made Oscar-contending foreign films and documentaries available to Oscar voters and the general public.

Part of the reason why the smaller theaters aren’t opening is because of the limited studio content available. While Warner Bros. will release “Godzilla vs. Kong” simultaneously in theaters and on HBO Max on March 26, some theaters decided to postpone reopening this weekend since the biggest titles are “Tom & Jerry” and “Raya and the Last Dragon,” both of which have been playing on streaming and on-demand for over two weeks.

“The material just isn’t there yet, so there’s no point to rush to reopen when there’s not a good chance the audience will be there for a highly anticipated title,” Laemmle Theatres president Greg Laemmle said. 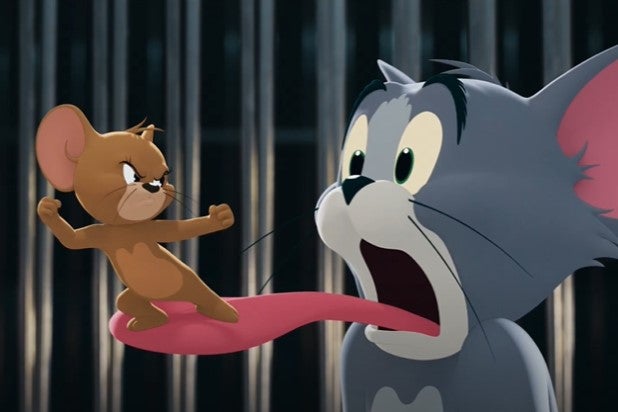 AMC and Cinemark also have another advantage when it comes to reopening: They have more money and hands-on practice with COVID safety protocols. In its latest earnings report, Cinemark said that it has spent $9.1 million to prepare its theaters to meet safety requirements, including purchasing cleaning materials and renovating air filtration and intake systems to ensure proper airflow that can reduce the chance of viral transmission.

Zoradi said that Cinemark was able to use the first wave of reopenings in Texas as a trial run to streamline its California operations. The chain was also able to retain all of its theater managers and assistant managers, making it easier to quickly reopen theaters with a full staff. “One of the jobs of our general managers was to keep in touch with all their assistant managers and hourly employees, so that when we get a sense that health officials in their area are close to allowing theaters to reopen, they could swiftly call them all back to work,” he said.

Regional chains and indie theaters like Laemmle don’t have the same advantages. Greg Laemmle notes that unlike some areas of the country that were able to attempt reopening last September for the release of “Tenet,” L.A. has kept its theaters closed for a full year. While he’s been able to get advice from other theater owners, but there’s no substitute for the hands-on experience about how COVID-19 compliance requirements need to be tailored to each theater’s resources and layout.

Also Read: 'Venom: Let There Be Carnage' Pushes Back 3 Months to September 2021

“The big chains have people employed who have experience with reopening a theater that’s been mothballed, turning on the projectors and making sure everything works on top of the COVID stuff,” he said. “Larger theaters design their locations with similarities to each other. Our locations have a lot more differences in things like lobby size, and that means we have to come up with safety protocols depending on whether people line up for tickets inside or outside or how many bathrooms we have. Nothing is easily translated from one location to another.”

Laemmle is also one of thousands of theaters and independent venue owners who are still waiting for the Small Business Administration to open up the application process for the Shuttered Venue Operators Grant created as part of the stimulus bill passed by Congress in December.

“These changes just happened and even the banks that are still offering these funds aren’t up to speed on them. We’re behind the 8-ball on these funds, and there’s been a lot of confusion on how to apply for them,” Laemmle said. “And if you choose to reopen early even without getting these funds you think you’re really going to need, that’s a big risk!”

Still, both Laemmle and Zoradi expressed cautious optimism about the short-term future for theaters. While theater execs and health officials are both monitoring the situation, declining case rates and rising vaccinations are giving the film industry more  hope that moviegoing may look closer to normal by the summer blockbuster season.

And L.A. County health officials signaled that the 25% capacity restriction may lift in the coming weeks to 50%, a vital target that theaters nationwide are hoping to reach quickly to both maximize profit after a year of closures and to meet demand that early summer blockbusters like “Black Widow” will surely bring.

“It’s going to be a year-long struggle,” Zoradi said, “but we’re expecting that each month will be better than the last.”