In response to increased COVID-19 cases, the Los Angeles County Department of Public Health has expanded its existing mask mandate to include events in large outdoor venues like SoFi Stadium and the Hollywood Bowl.

The order, which will go into effect just before midnight on Thursday, will require operators of concerts, sports games and other high-attendance events to post signs notifying attendees that they must wear a mask at all times except when eating and drinking and for employees to enforce the mandate verbally.

The new mandate comes as the Los Angeles Dodgers are in the midst of the 2021 MLB season and with the Rams and Chargers beginning NFL preseason games at SoFi Stadium. Dodger Stadium and SoFi Stadium had previously required fans to wear masks in concourse areas and concession stands but not in their seats. 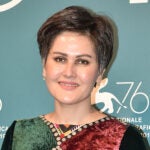 Prior to the new mandate, LA County DPH had issued a mask requirement for all public indoor venues last month as the COVID-19 Delta variant caused infections and hospitalizations to increase almost entirely among unvaccinated people. On Aug. 16, the department reported 2,426 new cases, 1,653 current hospitalizations and five new deaths. While the rate of new infections has slowed down in California over the past week, health officials warn that it is still too early to determine whether the latest COVID-19 surge has reached its peak.