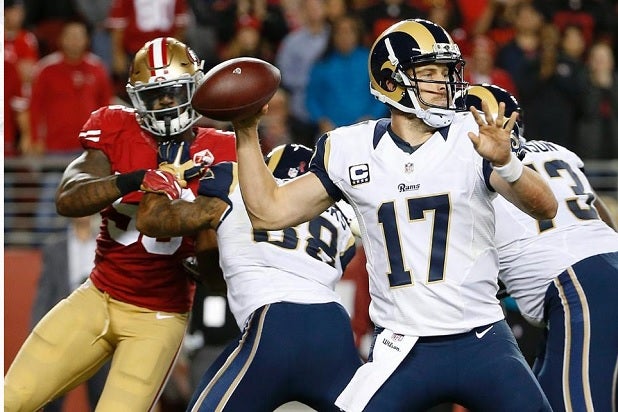 The Los Angeles Rams not only lost their first “Monday Night Football” game of the season on the field but they were also defeated in the ratings.

Also Read: Wayne Newton Slams NFL Players Protesting National Anthem: 'I Have No Tolerance at All for it'

To be fair, had several things working against it. The fact that it was a blowout and the second game of a double-header — meaning didn’t start until after 10 p.m. on the East Coast — most definitely took a bite out of the ratings.

But, on the other hand, this was the Rams’ first regular-season game since moving back to L.A., so one would think there would be a healthy dose of curiosity for football fans.

Not to mention all the attention that San Francisco quarterback Colin Kaepernick has drawn in recent weeks after refusing to stand for the national anthem in protest of the treatment of black people in America.

The first game of the night, which saw Pittsburgh topple Washington, drew a 9.1 rating. In Pittsburgulled in a staggering 41.5 rating, while in Washington, it drew a 25.0 rating.