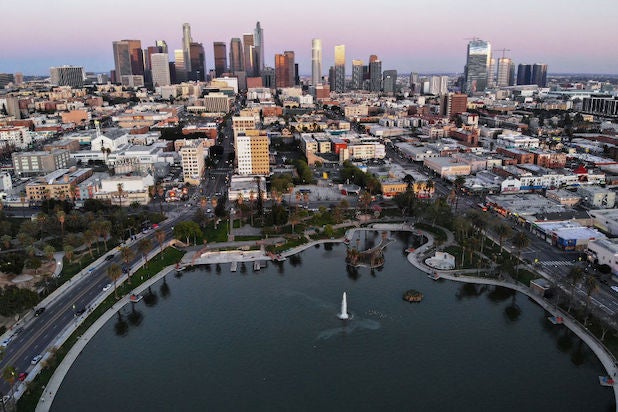 Though some stores in California will begin reopening this Friday with curbside pickup, retailers in Los Angeles will have to wait a little longer before they can follow suit, Mayor Eric Garcetti said on Tuesday.

“I’m sorry, we’re not going to be moving on those things this Friday,” Garcetti said.

On Monday, Gov. Gavin Newsom announced that retailers like clothing stores, bookstores, music stores, toy stores, flower shops and sporting goods stores would be allowed to reopen for curbside pickup as soon as this Friday if local officials deemed them safe to do so.

Also Read: California to Allow Some Retailers to Reopen With Curbside Pick-Up This Week

For Los Angeles County, which reported 58 new deaths and 1,638 new cases on Tuesday, Garcetti said it would not be doing businesses “a service” by telling them they could reopen prematurely.

“We have to get this right,” he said, noting that L.A. had 55% of the deaths in the state. “We want to make sure that we don’t do something reckless and say, hey, we got out there a week or two weeks early just to score political points; sorry, three or four weeks later, we’ve got to shut you down because the cases are up.”

But for those hoping to get flowers for Mother’s Day, Garcetti said that the county’s wholesale distributors — such as the Flower Mart in DTLA — will be allowed to operate under the state’s agricultural permissions. As for other retailers, Garcetti said that decision will ultimately rest on guidance from county health officials.

“This is hard and things will be hard for a while,” he said. “We will be in this for a long time this year, one way or another.”