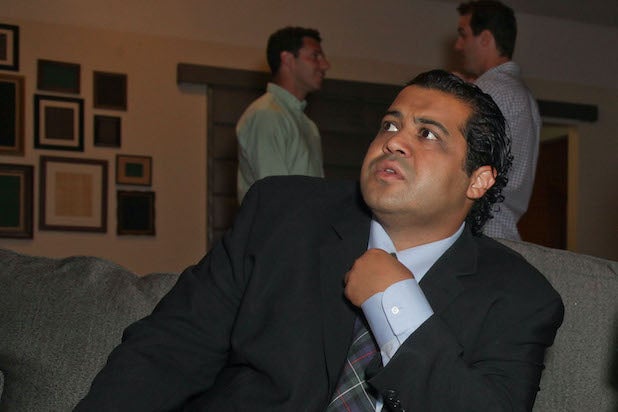 “Arash Markazi, a Los Angeles Times sports columnist, has resigned following an investigation by The Times into allegations that had been made against him,” a Times spokesperson told TheWrap on Friday. “We have updated certain stories to include the appropriate attribution or clarification, as needed. Consistent with company policy, The Times declines further comment on this personnel matter.”

Markazi was placed on paid leave last month, as Vice News first reported, after staffers from the sports section sent a letter to management accusing Markazi of “plagiarism, misrepresenting how his information for stories is obtained, and using his social media accounts to work as a de facto PR representative.” The letter also said that “multiple editors” had been “repeatedly” informed of Markazi’s alleged breaches but that the columnist was still allowed to write his pieces, go to events and “peddle influence.”

In an email obtained by TheWrap, L.A. Times Executive Editor Norman Pearlstine told staff on Friday evening that the paper had concluded its investigation into Markazi and that a total of seven articles authored by Markazi have been edited to include “for the record” notes.

“Five of those stories used language directly from news releases, and we have added attribution in those cases. Two stories included materials that had been published elsewhere without proper attribution; that attribution has now been added to those stories,” Pearlstine wrote.

A review of Markazi’s author page earlier on Friday found that the columns in question were updated a week ago on Aug. 7 to include additional attribution, but as of Friday night, the columns include “for the record” notes dated to Aug. 14.

In a message posted to Instagram, Markazi said he was leaving the paper “to move on to a new challenge” but did not explain the reason for his departure. Markazi did not immediately respond to TheWrap’s request for comment.

Markazi joined the Los Angeles Times in 2019 after nine years at ESPN. Prior to that, he was a writer for Sports Illustrated.

Not everyone gets an opportunity to fulfill their childhood dream and I was lucky enough to say I did just that when I was hired as a Los Angeles Times sports columnist. It was an honor I will cherish for the rest of my life. While I am closing the door on this chapter of my career, I look forward to opening the next one soon.