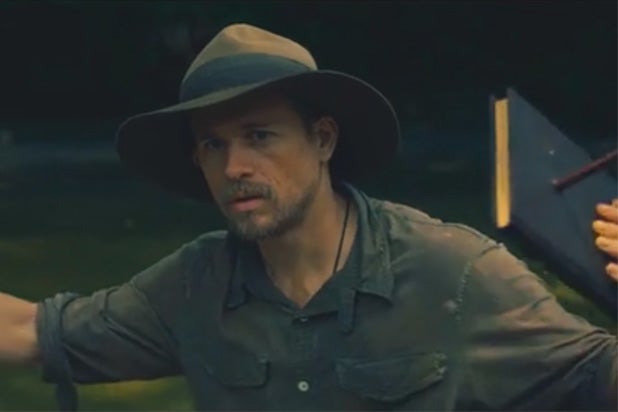 Director James Gray‘s “The Lost City of Z” unveiled its first scenes in a sales trailer posted online featuring Charlie Hunnam heading deep into the jungle of Bolivia in search of a fabled civilization believed to house palaces of gold.

Hunnam stars as Percy Fawcett, a real-life British surveyor and army major who spent years in the early 1900s exploring the jungles of South America’s Amazon — leaving behind his wife (Sienna Miller) and young family to face “terrible disease, murderous savages” and other dangers.

Brad Pitt, Dede Gardner and Jeremy Kleiner are producing via Plan B Entertainment along with Anthony Katagas and Dale Johnson. MICA Entertainment is financing the film, which is based on David Grann‘s best-selling nonfiction book.

MadRiver Pictures’ Marc Butan is executive producing, as are MICA Entertainment’s Julie B. May and Glenn Murray. Sierra/Affinity is representing international sales of the title, with CAA overseeing domestic rights to the film.

“The Lost City of Z” is expected to hit theaters later this year.

Update: The video has been removed due to copyright concerns.