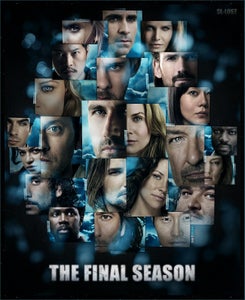 ABC’s "Lost" returns Tuesday, Feb. 2, for its sixth and final season with an all-night event.

An hourlong recap special kicks off the night at 8 p.m., followed by the two-hour premiere at 9 p.m.

"Lost" then settles into a new regular timeslot, Tuesday at 9 p.m., starting Feb. 9.

If ABC is still airing "V" at that point in the 8 p.m. Tuesday slot, that would create a nice slice of nerd-vana.