Things are looking more and more dangerous for our new Will Robinson.

The first full-length trailer for Netflix’s “Lost in Space” reboot dropped Tuesday, and the footage includes a peek at the planet where the Robinson family is stranded, and a look at the freaky new version of the robot that never stops reminding Will he’s in peril.

The series stars Toby Stephens (“Black Sails,” “Die Another Day”) as John Robinson and Molly Parker (“House of Cards,” “Deadwood”) as Maureen Robinson, the family’s parental unit who are struggling with their estrangement while trying to keep their family safe.

As for the Robinson kids, Taylor Russell (“Falling Skies”) plays the strong-willed and confident Judy, Mina Sundwall (“Maggie’s Plan,” “Freeheld”) is the quick-witted and definitive middle-child Penny, and Max Jenkins (“Sense8,” “Betrayal”) is the curious and sensitive Will Robinson, the youngest and most vulnerable of the clan, who forms an unlikely and inexplicable bond with a sentient robotic alien being.

Here is the show’s official description: “Set 30 years in the future, colonization in space is now a reality, and the Robinson family is among those tested and selected to make a new life for themselves in a better world. But when the new colonists find themselves abruptly torn off course en route to their new home they must forge new alliances and work together to survive in a dangerous alien environment, light-years from their original destination. Stranded along with the Robinsons are two outsiders who find themselves thrown together by circumstance and a mutual knack for deception. The unsettlingly charismatic Dr. Smith (Parker Posey) is a master manipulator with an inscrutable end game. And the roguish, but inadvertently charming Don West (Ignacio Serricchio) is a highly-skilled, blue-collar contractor, who had no intention of joining the colony, let alone crash landing on a lost planet.”

Watch the trailer above and see the official poster below.

“Lost in Space” will begin streaming on Netflix on April 13. 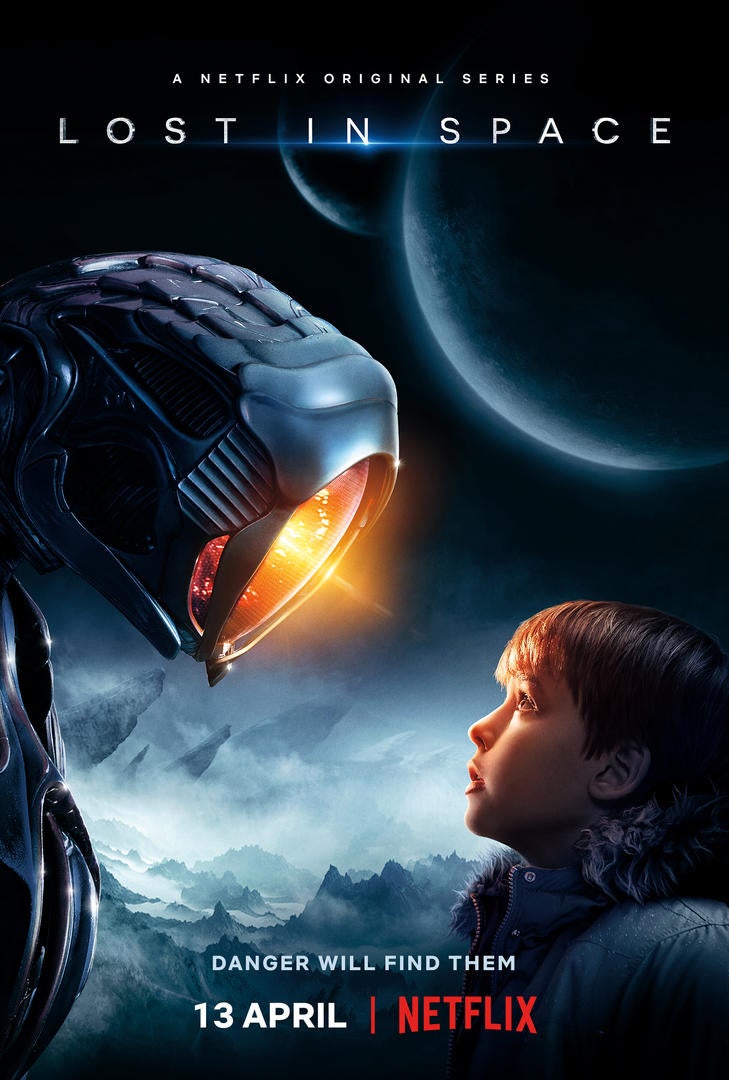