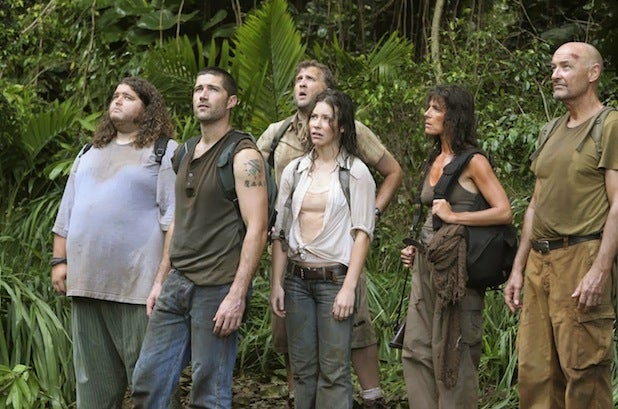 When ABC’s “Lost” premiered on Sept. 22, 2004, it was a risky investment and the most expensive television pilot ever made. For one, it shot on location in Hawaii complete with extremely realistic plane wreckage and explosions. But it soon turned into a cultural milestone that would forever change the face of television.

“Lost” was a “water cooler” show the likes of which we may never see again, from a time when audiences still gathered with friends and family on their sofas once a week in front of television sets to watch. Afterwards, they rushed to their desktop computers to post fan theories on the internet’s first chat rooms. It was a time before binge-watching, when “Previously on Lost” provided an essential recap of the most recent flashbacks, flashforwards and flash-sideways; mad-dashes through the jungle; encounters with the smoke monster; Dharma Initiative experiments; polar bears; questions like “What lies in the shadow of the statue?”; and travels through time.

All these years later, “Lost” and all of its mysteries inspire such intense nostalgia that its stars still have frequent encounters with die-hard fans. In honor of the show’s 15th anniversary this Sunday, nine of its cast members share their most amusing, startling and touching fan encounters.

Interviews have been edited and condensed.

Daniel Dae Kim (Jin-Soo Kwon): I remember we went to Los Angeles to do some kind of [appearance], and I remember getting on the plane as a cast from Hawaii, and people shifting uncomfortably in their seats and starting to whisper to one another. Some were whispering in an excited way, and others were whispering in a really kind of apprehensive way. And then when we got to Los Angeles to do this event, I saw people snaking around the block of the building outside to come see us speak. And I thought, “Wow, this is actually bigger than any of us thought it was.” And then afterwards — I’ll never forget this part — we were ushered out the back door of the building because there was too big a crowd gathered in the front. So as I was going out the back exit to my car that was waiting for me, I heard someone yell, “There he is!” The whole mass of people started running from the front to the back of the building. I honestly felt like, just for a second, I was one of The Beatles in “A Hard Day’s Night.” I ran into the car, and they surrounded the car and started rocking it back and forth. That’s when I knew that this was bigger than I’d anticipated. That was November of our first season.

Henry Ian Cusick (Desmond Hume): At the height of “Lost,” I have had incidents like that, where my family would gather around me and protect me. I think that must have happened to all of us. Probably more so people like Sawyer [Josh Holloway], but we all had a taste of it. I hardly ever left Hawaii. In Hawaii, no one bothered you much. It’s not the Hawaiian way.

Harold Perrineau (Michael Dawson): It wasn’t until I got back to the mainland that suddenly, when I was walking down the street, it was way different than it had been before. I’m walking down the street, and kids are screaming out of the car, “There’s Walt’s dad!” Like screaming at me! I was like, “Oh snap!” This is a whole different thing. This is next level. I didn’t realize that.

Alan Dale (Charles Widmore): I’m always amazed at how warmly people approach the subject of “Lost.” I played this character in “Neighbours” in Australia — he was the nicest man in Australia — and in the street, people would call out smart-ass things and be unpleasant. But with Charles Widmore, people are very respectful. They expect me to be Charles and turn around and do something to them.

Ian Somerhalder (Boone Carlyle): It’s crazy, people still bring pictures of Boone to me, to conventions or outside hotel rooms for me to sign, and I look at it and I just go, “Wow, that was 15 years ago. I was 25 years old and now I’m 40.”

Nestor Carbonell (Richard Alpert): There was a whole thing with my character — as soon as it started airing, somebody called me the Maybelline man because they thought I had eyeliner on. I would have fans with a lot of questions about whether I was wearing eyeliner, so that was always very funny.

Elizabeth Mitchell (Juliet Burke): I’ll walk down the street and hear, “Oh, Juliet!” I honestly have had the best experiences with it. There’s something about that show that has made people so completely lovely to me. There’s no grasping, there’s no weirdness. Just genuine appreciation. When I’m out and about in the world, and it probably happens about once or twice a day, it’s very, very sweet. It’s really kind of fun how people are a little taken aback and not sure what to say.

Terry O’Quinn (John Locke): I was in Ireland once, we were on a publicity trip for “Lost,” and I was in Galway walking home from the pub underneath this bridge. And there were a bunch of young guys, maybe five or six guys who were like, teenagers, under the bridge, drinking something from a bottle — some kind of poison. And I walked by, and one goes, [puts on Irish accent] “That’s John Locke! John Locke! The f— are you doing here?” And then they insisted that I drink, and of course I did. But I thought, “How amazing. Here I am in Ireland, these guys are teenagers, nothing like me. They’re totally down with ‘Lost.'” And I think that was one of those moments when I said, “Whoa, this is a pretty big deal.” They were very sweet. There were all F-bombs all over. “F—in’ John Locke! Oh, you gotta try this!'”

Henry Ian Cusick (Desmond Hume): I had a lot of people in supermarkets coming up to me saying how much the show affected them, helped them through their depression, saved their lives. You forget how much a show can mean to somebody. I’m more remembered for Desmond than anything. I’ve just started this new job, and the crew says, “Hey Desmond.”

Maggie Grace (Shannon Rutherford): You feel like, “You’ve been in my living room for all these years.” I think “Lost” was that kind of show that you watched in a social way. You watched it with other people and talked about it. It brought people together.

Daniel Dae Kim (Jin-Soo Kwon): Two days ago, I was walking by a Japanese restaurant here in London, and a bunch of 12-year-old boys ran out of the restaurant and said, “Are you Jin?” And I was completely shocked, because they were not alive when the show premiered. And they started fanboying and asking me questions about my character in the show. They wanted to know about the ending. That’s the number one question these days. Really, they were so fanboying it didn’t matter what I said. It reminded me of the “Chris Farley Show” on “Saturday Night Live,” where he played a talk show host, but all he would do during the entire show was say, “Do you remember when you guys were in the sub, and the sub flooded, and your fingers touch and came apart?” And I would say, “Yeah, I do remember that.” And he would say, “That was cool.” That’s what these kids sounded like.

Elizabeth Mitchell (Juliet Burke): I have a great one, actually. [Josh Holloway] was standing with his wife, who he’s nuts about, and we were at a party of some kind, some sort of a press thing. They’re all dressed up and adorable, and she’s standing next to him in her high heels and looking just hot and gorgeous. And this woman actually knocks her over — to the point where I almost had to catch her — to get to Josh. I turned to her, and I’m like, “Does this happen a lot?” And she’s like, “All the time.” I go, “Do you want me to say something?” She’s, “No, I got this.” And I’m, “OK!” [Laughs]. Women genuinely thought that [Josh] was theirs, and he handled it with a lot of grace. I’ve really never seen anything like it and probably never will again. Women absolutely hurled themselves at him, like to the point of being actually on his body. They would try to kiss him, and they would try to be near him, and he artfully evaded. He was very sweet. Matthew [Fox], just as many people were interested in talking to, but he has a little bit of something where people are like, “Well, I’m not not gonna throw myself at him.” [Laughs]. It’s cute.

Ian Somerhalder (Boone Carlyle): The random fan encounters are really quite amazing, because people still run up to me on New York City streets. They’ll come up to me with gusto. People have such an incredible response to the ending of that show, too, because it meant so much to them. People run up to me and they just can’t believe it — and I often think about that.

Nestor Carbonell (Richard Alpert): I remember being at a baseball game and people yelling, “Who are the Others?” It would always revolve around the mysteries of the show.

Elizabeth Mitchell (Juliet Burke): I’ve walked through an airport with Michael [Emerson] and with Jorge [Garcia] and one TSA person was like, “You naughty boy!” to Michael. And he goes, “Oh, man.” [Laughs]. Jorge, he can’t hide. I can kinda do my own thing and be a bit of a chameleon, but he’s just — people love him, and they feel like they know him. I’ll meet one or two people a day, but he has to meet something like 10 an hour. It’s overwhelming to me how loved he is. I was with [Evangeline Lily] about a month ago, and what I saw was, it’s just this complete disbelief that she’s standing right there. Their hands are shaking as they’re trying to get a photo. I’ve noticed a lot of speechlessness. People’s extreme nervousness around her is very touching — complete disbelief that she’s right there.

Daniel Dae Kim (Jin-Soo Kwon): My favorite bad joke that people give me all the time about “Lost” is, when I’m walking down the street, someone will come up to me and say, “Hey buddy. You lost?” [Laughs]. And each one of them thinks that they’re the first one to think of that. But I feel like, if it means something to people, I would never want to take that away from them. It meant something to me too.