Lou Cutell, the actor known for his appearances as “Amazing Larry” in the 1985 film “Pee-Wee’s Big Adventure” and on “Seinfeld” as the “Assman,” has died. He was 91. 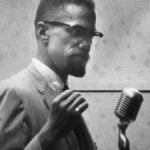 After getting his start on Broadway, Cutell branched out into television with guest roles in “The Dick Van Dyke Show,” “The Wild Wild West,” “The Mary Tyler Moore Show,” “Starsky & Hutch,” “The Love Boat,” “The Bob Newhart Show” and “Kojak.”

Cutell also appeared in a slew of well-known TV series. He played Abe in an episode of “Grey’s Anatomy,” Uncle Mort in an episode of “How I Met Your Mother,” Reverend Mulcher “Santa Barbara” Irving in “The Golden Girls” and Mr. Arthur Pressman in “Will and Grace.”

He appeared a couple times as Leo Funkhouser in “Curb Your Enthusiasm.” Films that featured the actor include “Honey, I Shrunk the Kids” in which he played Dr. Brainard and “Wedding Crashers” where he was an Old Jewish Man.