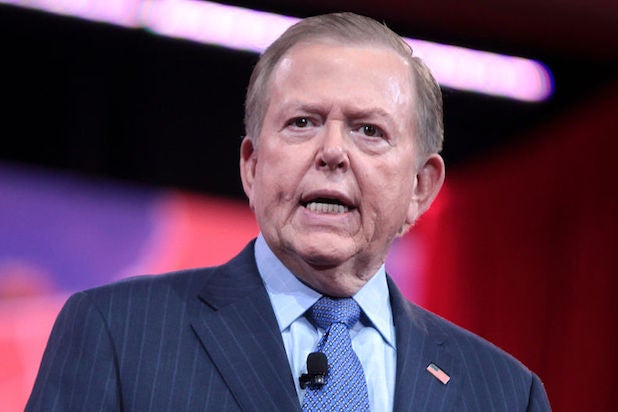 “No wonder these Snowflake Generals haven’t won a war since 1991,” wrote Dobbs in response to a CNN report saying that military chiefs and Pentagon officials were concerned that Trump’s event, which includes displays of M1 tanks and other military weaponry, was becoming too politicized. That would cause military members who attended the event to violate Department of Defense guidelines preventing them from engaging in political activity.

Dobbs’ tweet was met with anger from Trump critics, including progressive veterans activist group VoteVets, who pointed out that Dobbs has never served in the military.

Friendly reminder that @LouDobbs graduated from Harvard in 1967, and despite being an able-bodied young man, was too much of a coward to serve his country during a time of war. Lou Dobbs is a draft-dodging piece of shit. https://t.co/mIPBNSRYBr

Imagine what Lou Dobbs would say if a Democrat said this. He’d be calling for a war crimes tribunal. https://t.co/sOG2JupvRw

Generals are critical of Trump so they become snowflakes. Anyone critical of the Great Supreme Leader becomes a target. This is exactly the authoritarian state the Founding Fathers envisioned for our democracy. Also Lou Dobbs, an elitist Harvard grad, never served. https://t.co/6ElyZcSDNO

Lou Dobbs: “No wonder these Snowflake Generals haven’t won a war since 1991.” Trump is close to and often praises Dobbs. (https://t.co/Suqo8fGNlD). Does Trump agree the generals are snowflakes? He speaks later at an event honoring the military. Will he repudiate Dobbs’ insult?

Trump is expected to deliver a speech at the Lincoln Memorial during the event, breaking with tradition as past presidents have not made such speeches on Independence Day. Trump has also been criticized for diverting funds from the National Park Service to pay for the event, while the Republican National Committee is selling tickets to a special VIP area for the event.