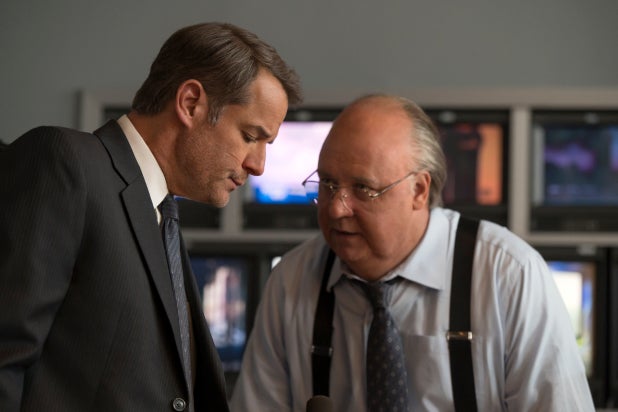 “The Loudest Voice,” Showtime’s upcoming miniseries about Fox News founder Roger Ailes, is sure to rile up some in conservative circles. Alex Metcalf, the showrunner for the series, told TheWrap what kind of negative reaction he expects.

The series stars Russell Crowe, in his first major TV role, as Ailes, and is based on former New York magazine reporter Gabriel Sherman’s best-selling book, “The Loudest Voice in the Room.” The miniseries will detail Ailes’ rise to power and how he built Fox News into a cable news behemoth, as well as address the sexual harassment accusations and monetary settlements that brought his Fox News reign to an end. He died in 2017.

Before his time in the cable news industry, which began in the early 1990s when he was running CNBC, Ailes was an advisor to several Republican presidential campaigns including Richard Nixon and Ronald Reagan. “People sort of forget that,” Metcalf continued. “Roger, being a political man who comes out of the sharp-elbowed political campaign world who then runs a news network with a clear conservative sensibility, had an agenda.”