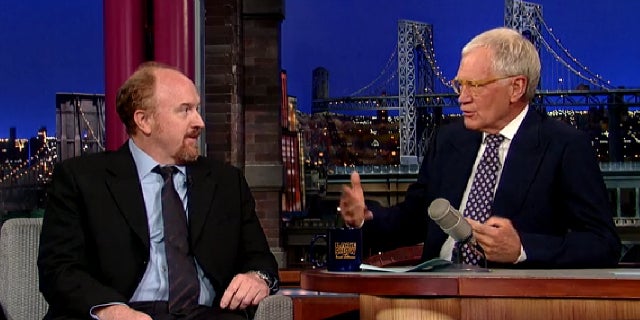 Louis C.K. sees dead people — in the East River, that is.

The star of "Louie" discovered a dead guy in the water just south of the Queensboro Bridge, he told David Letterman Tuesday night.

C.K. was on "The Late Show" promoting his new Woody Allen film, "Blue Jasmine." During his time in the chair, C.K. told Letterman that while he can't really afford his new boat, it did bring him one priceless creepy memory this summer.

While circling Manhattan, C.K. heard a Coast Guard call over the open-channel radio that there was a body in the water. Instantly, C.K. spotted the man. The two were the only ones there for a while, sharing an eerie few minutes together.

"This was a person, this is a story, this is a life and he's just a floater now," C.K. said he thought to himself at the time. Then he didn't know what to do.

What the comedian didn't do was take a cell phone selfie with the body, despite his first instinct. He later found out that the man jumped from the bridge.