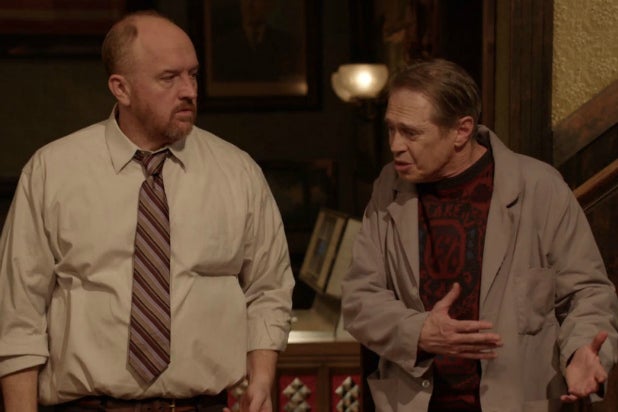 Louis C.K. announced the self-cancellation of his money-losing web series “Horace and Pete” on Saturday.

The comedian last week released the 10th (and now final) episode of the dramedy in which he starred with Steve Buscemi as the co-owners of a downmarket Brooklyn bar, but sent a follow-up email to his fans on Saturday stating that the show would not be returning.

The move is not a surprise given the shaky finances for the project. On Monday, C.K. told Howard Stern that he’s “millions of dollars in debt right now” because he self-financed the series and distributed it on his own.

Also Read: Louis CK in Debt 'Millions of Dollars' Over 'Horace and Pete'

He told Stern he originally intended to shell out $2 million of his own money to cover the cost of the first four episodes — $500,000 each, leaving him, he said, with “no cushion in life.”

By releasing the show direct to his web site and bypassing any middlemen, C.K. said he hoped to make the money back on sales of each episode in order to fund the rest of the season. But that didn’t happen.

As the comedian noted in his email on Saturday, “Horace and Pete” earned rave reviews from critics. It scored an impressive 78 percent on Metacritic, 8.9/10 on IMDb and a jaw-dropping 94 percent on Rotten Tomatoes.

Yes that was me bragging about the reviews.
And you can watch a few stolen clips on youtube. But if you really want to experience this show the way we all have, just start watching it. Take a chance with a few bucks and give it a shot.  Buy an episode and see. Or
GO HERE and buy the whole thing.
Take your time watching it. Give it time. It doesn’t really follow any rhythms that you’re used to. So watch that one and wait a week and think about it. Then watch another one.
And once again thank you to the folks who already watched.
Take care. Be well. See you around.
Louis C.K.