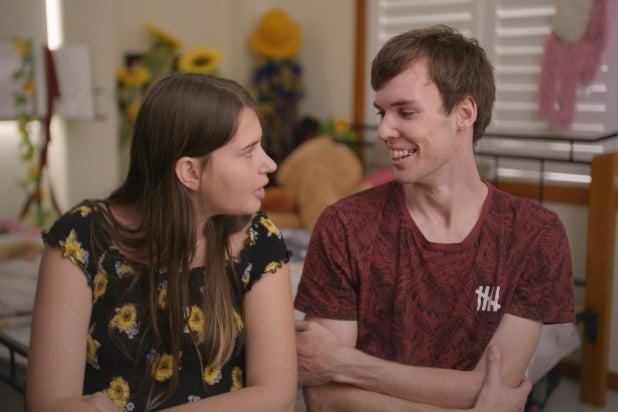 Don’t mistake Netflix’s new unscripted series “Love on the Spectrum” for another reality dating show. Though the love-centric series, out Wednesday, follows the success of predecessors like “Love is Blind” and “Too Hot to Handle,” it’s not a competition at all — it’s a chance for neurotypical people to understand the experience of dating with autism.

“People on the spectrum want love just like everybody else does,” creator, director and executive producer Cian O’Clery told TheWrap. “It’s really refreshing and nice to be able to show people on an authentic dating journey who aren’t picture-perfect, good-looking people looking for Instagram followers.”

For starters, O’Clery and his team didn’t hire casting agents to go out and find their subjects, which consist of seven singles and two couples on the autism spectrum all living in Australia. Instead, they called autism organizations, social groups, disability employment organizations and even set up stands at comic conventions.

“Our casting methodology was completely the opposite of a dating show,” he said. “We look at it as we’re filming a series on the terms of the participants, not on our terms. We see it as, we are people who are being allowed into their lives to tell their stories. We’re not casting a show and finding people up for something that they can’t get out of.”

He also opened up about the subject he still keeps in touch with the most.

“I speak to Michael every couple of days, but that’s partly because he rings me up about all sorts of things,” he said. “We have quite a good relationship and it’s great, and interestingly when we were in the first phase… Michael was one of the people who just kept ringing the office. We saw that he was such a unique and interesting guy.”

Also Read: 'Labor of Love' Finale: And the Man Who Kristy Chose to Start a Family With Is...

At the end of the day, O’Clery’s biggest hope for “Love on the Spectrum” is to change assumptions people may have about autism.

“We’re representing people who are very underrepresented in media,” he said. “The number one thing I hope people will get from the series is that they’ll understand more about autism. We’re telling autistic stories via the lens of dating and relationships, but really, it’s about getting to know these people and understanding the diversity of autism and the fact that everyone is so different. It’s something you just can’t make assumptions about.”

All five episodes of “Love on the Spectrum” are now streaming on Netflix.