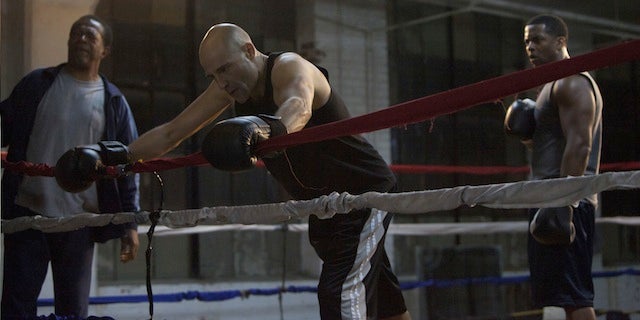 AMC's "Low Winter Sun" is only going into its third episode on Sunday, but there's plenty to catch up on.

The series follows Detroit homicide detectives Frank Agnew (Mark Strong) and Joe Geddes (Lennie James) who murdered a fellow cop and tried to cover it up as a suicide. But, the coroner saw through it and declared the death a homicide.

See video: 'Low Winter Sun' Stars on How AMC's Show Differs From the UK Version and Shooting in a Morgue

To make it worse, Geddes may have pushed Frank to kill their colleague to throw off an internal investigation.

On Sunday's episode airing at 10/9c, Agnew and Geddes continue to try and cover up their crime. Meanwhile, the mob is preparing for the open of the blind pig (which we believe is Detroit's version of a speakeasy).

Click here to see TheWrap's exclusive first look photos from Sunday and see what's to come with our exclusive photos.

Plus, catch up with a recap video below.