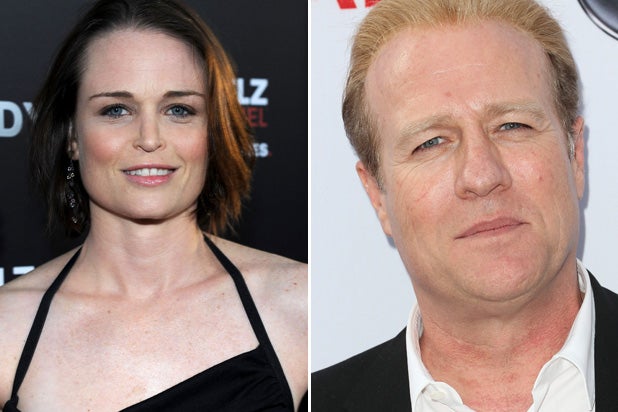 TheWrap has learned exclusively that Sprague Grayden will join in a recurring role and Gregg Henry has signed on to guest star.

Most recently on AMC’s “Low Winter Sun,” Grayden will play Carrie Cooke, a tabloid reporter turned best-selling author. She wrote a book on the Carroll/Havenport events and continues to investigate and write about the killings, which puts her at odds with Ryan Hardy.

Producers are keeping Grayden’s first episode and number of episodes under wraps. Also, AMC has yet to announce whether it has renewed “Low Winter Sun” for a second season.

Meanwhile, Gregg Henry will guest star on an episode in the role of Dr. Strauss, a distinguished doctor who may have a dark secret.

Many will remember Henry as conniving businessman Hollis Doyle on ABC’s “Scandal.” He also played Holder’s (Joel Kinnaman) new partner on Season 3 of AMC’s “The Killing.”

Grayden is represented by AKA Talent and Untitled Entertainment. Henry is repped by Domain Talent.

“The Following” returns for its second season with a two-night premiere event on Sunday, Jan. 19, and Monday, Jan. 20.