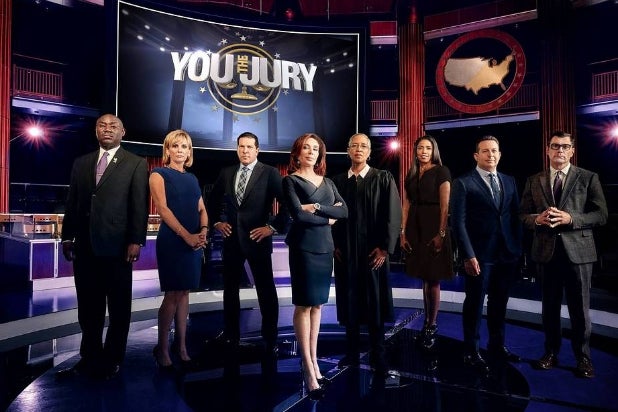 Fox's 'You The Jury'

Guilty as charged: Fox’s “You the Jury” ended the 2016-17 television season as the lowest-rated show across the Big 4 broadcast networks.

The Jeanine Pirro-hosted series averaged a mere 1.765 million total viewers in its shortened run, which only aired two episodes before being yanked from Fox’s schedule. That lowly number includes 7 days worth of delayed viewing per episode, by the way, which is especially important for a show sentenced to Fridays, as “You the Jury” was.

“You the Jury,” which aimed to let America decide civil cases via text-messaging, averaged a weak 0.4 in the advertiser-coveted 18-49 demographic.

Also Read: Jeanine Pirro Explains Why People Would Even Take Their Cases to 'You the Jury'

Unfortunately for Fox, that network also had the second least-watched series among the main broadcast nets, which for the purpose of this post omits the CW. Adam Pally’s “Making History” currently has a 1.871 million total-viewer average, and will go down as this season’s least-popular scripted series and sitcom. Those numbers from Nielsen’s “most current” metric are missing the finale’s full Live + 7 Day tune-in — but don’t expect any miracles when that’s counted.

The least-watched Big 4 drama of the season? Sorry, Fox, but that would be your “Scream Queens.”

Clearly, not everything can be “Empire” — better luck next year guys.