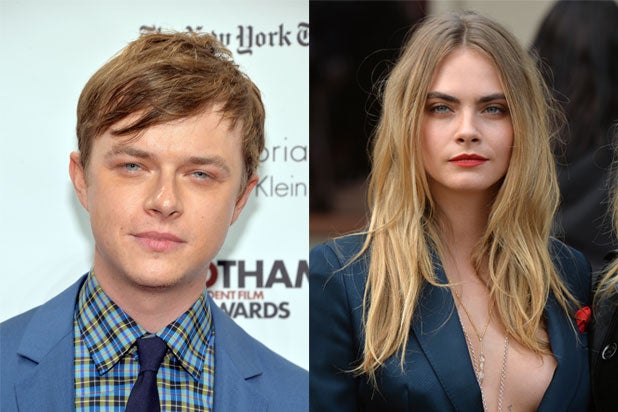 Luc Besson used his first tweets to announce that he will be writing and directing “Valerian,” an adaptation of a French science fiction graphic novel set to star Dane DeHaan and Cara Delevingne. He made the announcement on Tuesday.

DeHaan (“The Amazing Spider-Man 2”) and Delevingne (“Paper Towns”) will play the leads in the story, first published in France as “Valerian and Laureline” in comic book form in 1967, about a spacetime-traveling agent and his female counterpart.

The series was created by Pierre Christin and Jean-Claude Mezieres, the latter of whom was a concept designer on Besson’s “The Fifth Element.” The story has sold over 10 million copies in 21 languages.

Besson also used his first series of tweets to unveil the film’s logo (pictured below) and to announce that shooting will begin in December for a 2017 release. The director is known not only for rich visual space operas, but also strong female protagonists, two boxes checked by Tuesday’s announcement.

Virginie Besson Silla will produce for EuropaCorp which will finance, produce and distribute the film.

My first tweet ever! Let’s share a real news! My next film is a big sci-fi: #Valerian and the City of a Thousand Planets.