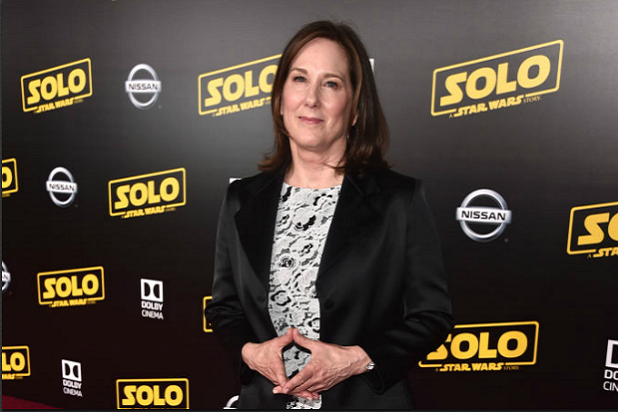 Producer Kathleen Kennedy has renewed her contract to remain president of Lucasfilm for another three years, through 2021, according to a report in The Hollywood Reporter.

Kennedy, an eight-time Academy Award nominee, is one of the most successful and respected producers and executives in the film industry. She joined Lucasfilm in 2012, personally selected by George Lucas to lead the company after Disney acquired the brand in a $4 billion deal.

She also sits on the Board of Governors and Board of Trustees of the Academy of Motion Pictures Arts and Sciences (AMPAS).

Kennedy has produced or executive produced more than 60 films, which have collectively garnered 120 Academy Award nominations, 25 wins, and grossed more than $11 billion worldwide.

Her credits include four of the highest grossing films in motion picture history: “Jurassic Park,” “E.T. The Extra Terrestrial,” “Indiana Jones and the Kingdom of the Crystal Skull,” and “The Sixth Sense,” as well as such blockbusters as the “Back to the Future” trilogy, “Who Framed Roger Rabbit,” “Gremlins,” “The Goonies,” “Poltergeist,” “War of the Worlds,” and “Twister.”

Prior to joining Lucasfilm, Kennedy headed The Kennedy/Marshall Company, which she founded in 1992 with director/producer Frank Marshall, and in 1982 she co-founded the phenomenally successful Amblin Entertainment with Marshall and Steven Spielberg.