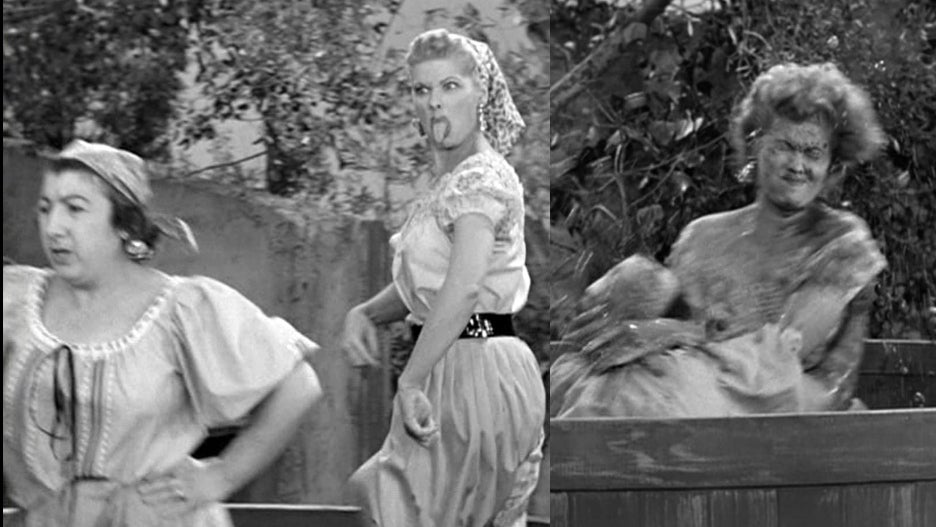 • The grape stomping scene turned into a real wrestling match

When asked what her favorite "I Love Lucy" episode was, Ball would answer with a single word: grapes. And as funny as that iconic scene of a barefoot Lucy smashing grapes in a giant vat in Italy was, it was also one more physically challenging than it was meant to be, as it turned into a real wrestling match. They wanted to get a "little, short, real Italian ladies that spoke Italian" and were real grape stompers. They found three. A man that came with them told them in Italian what they were supposed to do, they agreed, and then they were on their own.


"I got into the vat with one, and she had been told that we would have a fight," Lucy said on "The Dick Cavett Show." She continued, "I slipped and, in slipping, I hit her accidentally and she took offense, until she hauled off and let me have it. Now this was supposed to happen -- that she got right." But when she hit Lucy, it took the wind out of her. "She had been told that we were to stay down for a while, give me a chance to get my legs way up, so that they'd show in the camera, then up would come an arm and then both of them-- my head was supposed to—but, well, my head never popped up. She'd get me down by the throat! I had grapes up my nose, in my ears, and she was choking me, and I'm really beating her to get her off…she didn't understand that she had to let me up once in a while. I was drowning in these grapes!"

Apparently, the woman spent so much time "beating the hell" out of Lucy that they had to cut half of it. 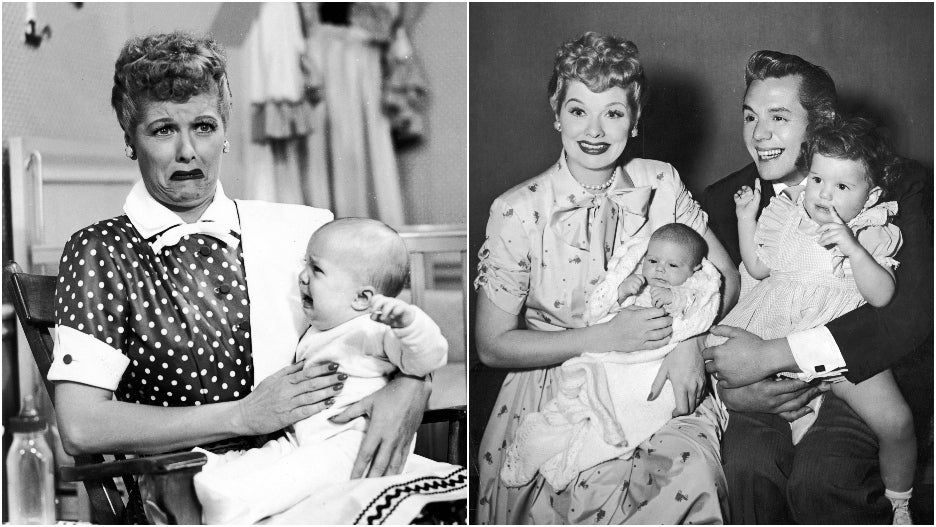 • Desi Jr. and Little Ricky were delivered only 12 hours apart

You want to talk publicity stunt to end all publicity stunts? Well, on Jan. 19, 1953, Lucille Ball delivered a doozy of one. Literally. On that day, Lucille Ball delivered Desi Jr. just 12 hours before Lucy Ricardo delivered Little Ricky on "I Love Lucy." It was all very brilliantly planned that way, with Ball being scheduled for a cesarean delivery of Desi Jr. to coincide with Little Ricky's birth on TV. And, boy, did it payoff ratings-wise – 44 million "I Love Lucy" fans tuned in for that episode (equivalent to 72% of American households). To put that in additional perspective, the following day, President Dwight D. Eisenhower first took the oath of office, and only 29 million tuned in for that. People like Ike, but they LOVE Lucy. 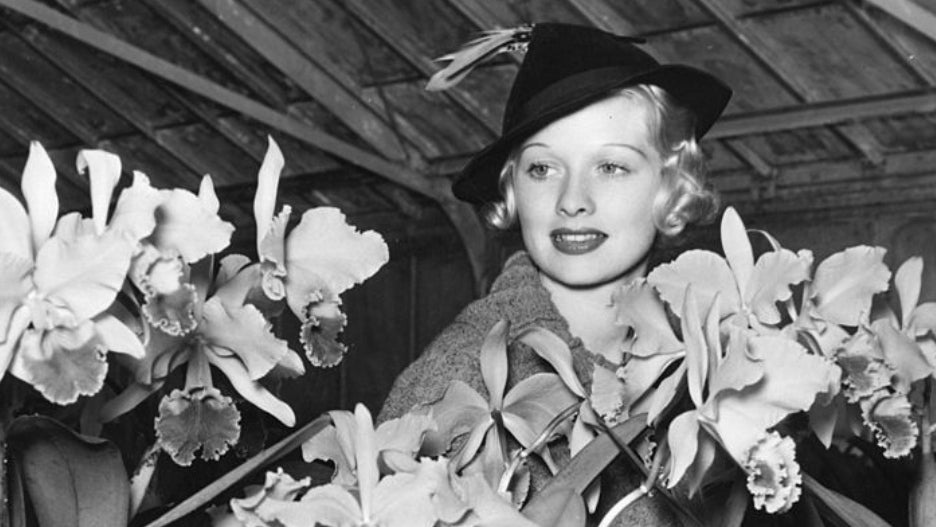 • Lucy went by the name Diane Belmont in her early years

As a model, Lucy wanted to change it up a little so for a short period of time, she went by the name Diane Belmont. "I was driving in Long Island and I saw the Belmont Race Track and I loved the name Diane," Lucy explained. "People, to this day, think my name was Diane Belmont and I took Lucille Ball." 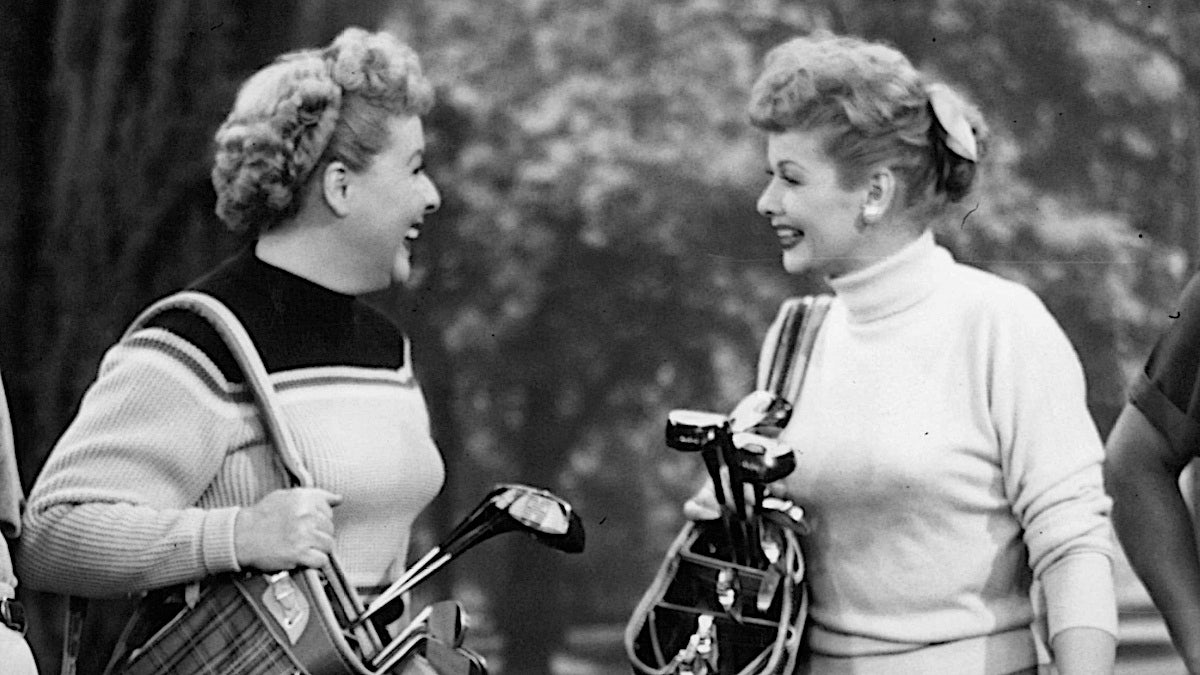 True – but it was a gag gift. Vance, who played Ethel Mertz on "I Love Lucy," was 22 years younger than her TV husband, William Frawley. And although she agreed to go with the Plain Jane look, she refused to wear padding to make her look plump.

According to Ball, Vance told producer Jess Oppenheimer, "If my husband in this series makes fun of my weight and I'm actually fat, then the audience won't laugh. They'll feel sorry for me. But if he calls me a fat old bag and I'm not too heavy, then it'll seem funny." In 1975, Vance and Ball appeared on Dinah Shore's daytime talk show – and Vance brought with her a mock contract Lucy had drawn up some 20 years earlier. 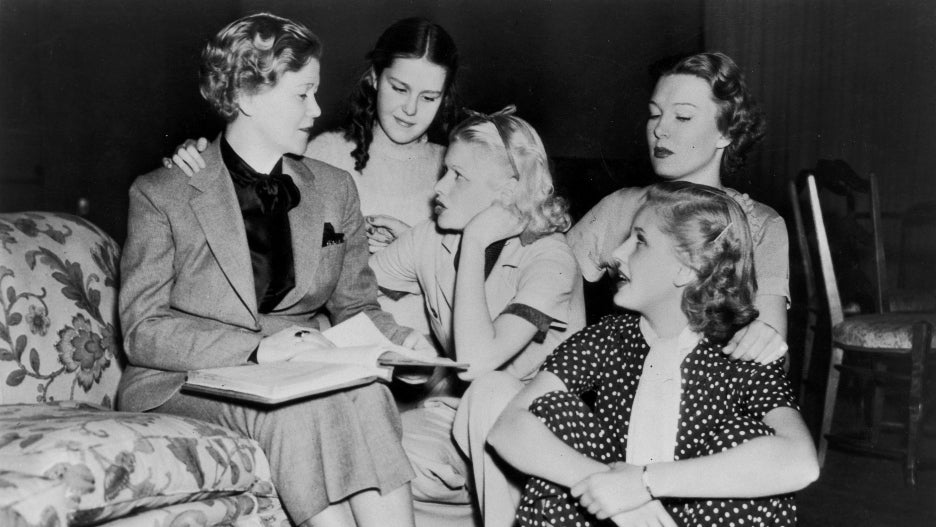 During the 1930s and early '40s, Ginger Rogers' mother, Lela, was known in Hollywood as quite a stage mom, molding her daughter into a star with a controlling, demanding fist on the throat of the studios. While Ginger was a contract player at RKO, Lela ran an acting school on the lot and one of her students was Lucille Ball.

"Lela advised us to work on ourselves and pay no attention to those corporate machinations. Lela wouldn't tolerate anyone taking advantage of her charges," Lucy said of Lela's protective nature. And Lela also saw something in Lucy that the studios didn't… yet.

"She told me years later, 'I noticed the twinkle in your eyes and the mobile face, which is a must for comedy. I also sensed depth and a great capacity for love,'" Lucy said. "Lela was the first person to see me as a clown with glamor. She pulled my frizzy hair back off my brow and had a couple of my side teeth straightened. Then she sent me to a voice teacher and told me to lower my high squeaky voice by four tones." 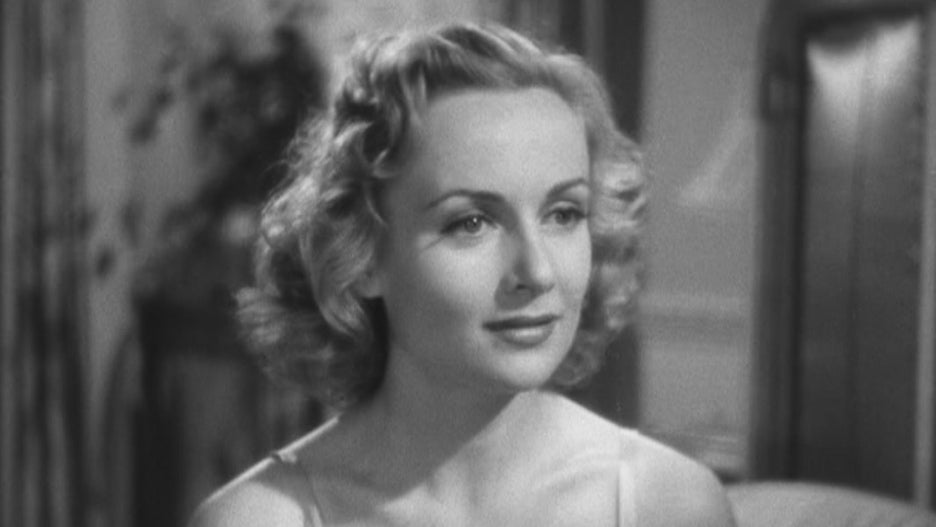 • After Carole Lombard's death, she came to Lucy in a dream and encouraged her to do "I Love Lucy"

If it wasn't for a "message from beyond the grave" from the Queen of Screwball Comedies, Carole Lombard, "I Love Lucy" might never have happened. Lombard and Lucy struck up a close friendship in her early days struggling in Hollywood, as Lucy studied Lombard's comedic style.

"When I'm weighing a particularly difficult decision. sometimes I ask myself what Carole would've said, and it helps. She gave me lots of pointers on what she called studio behavior," Lucy said of Carole.

In 1942, Lombard, who was married to Clark Gable, died in a plane crash while touring the country selling war bonds. More than a dozen years later, when Lucy was weighing whether or not to give up her highly-paid movie career and Desi's band commitments to go for broke on TV, Lombard visited Lucy in a dream and encouraged her to take a leap of faith.

"Carole Lombard appeared to me in a dream. She was wearing one of those slinky bias-cut gowns of the '30s, waving a long, black cigarette holder in her hand. 'Go on. kid,' she advised me eagerly. 'Give it a whirl.'" 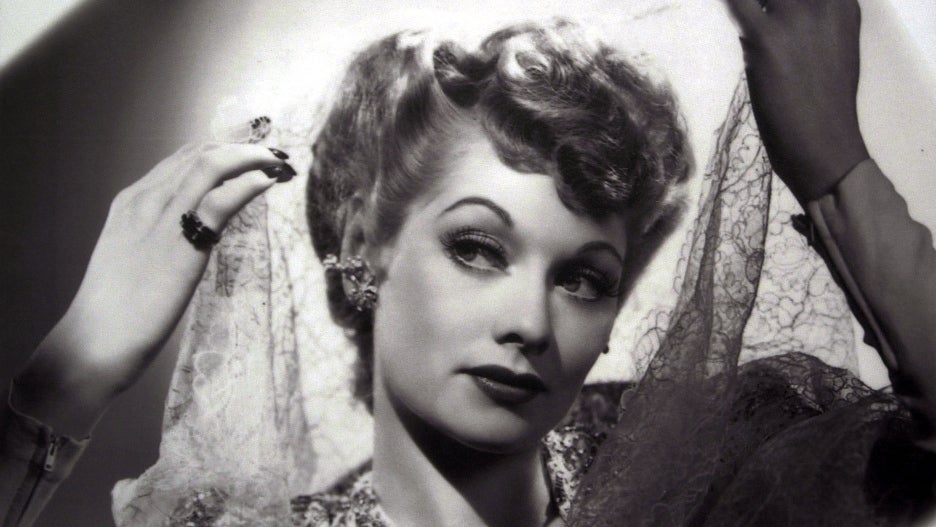 • Lucy had no eyebrows

The studio star system of the Golden Age was all-controlling. The first order of business was always walking potential starlets into the hair and makeup departments for a makeover, usually to glam them up. And Lucy was no different.

"One of the worst things the studio people did was shave off my eyebrows," Lucy remembered. "We were all trying to look like Jean Harlow. Now, God forbid that I should ever find myself on a desert island without an eyebrow pencil. It's the first thing I reach for every morning. The only girl I know who managed to grow hers back again was Ginger Rogers. And even then it took her years." 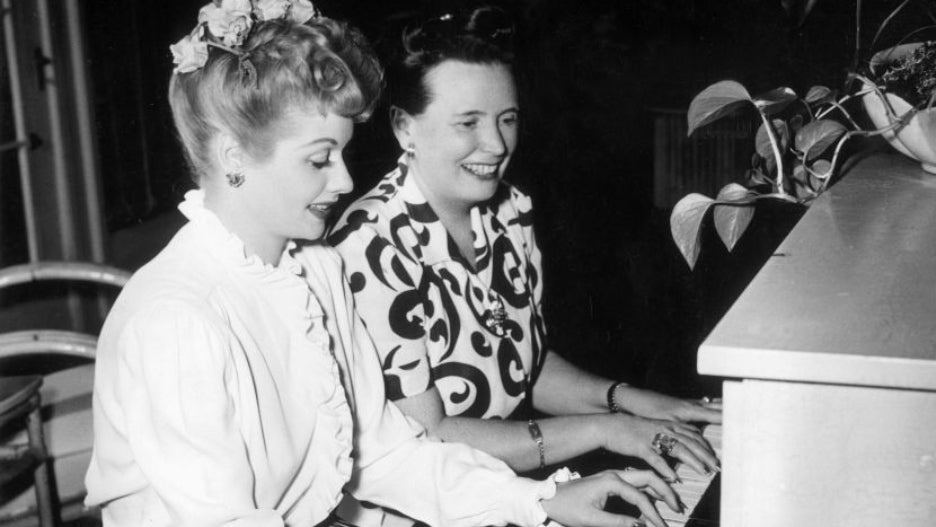 Throughout her life, Lucy would talk lovingly about her mother, DeDe, who lived with her famous daughter and was her biggest cheerleader. Lucy recalled that when she was three and her mother was pregnant with Lucy's little brother Fred, DeDe would tie up the rambunctious Lucy in the yard with a dog leash so she wouldn't run around the neighborhood. Ball wrote in her autobiography "Love Lucy," "Every time somebody would pass by on the sidewalk, I'd beg to be released."

Forty years later, DeDe would attend every taping of "I Love Lucy." In fact, that "Uh oh" you hear when Lucy Ricardo gets into one of her predicaments, that's DeDe. 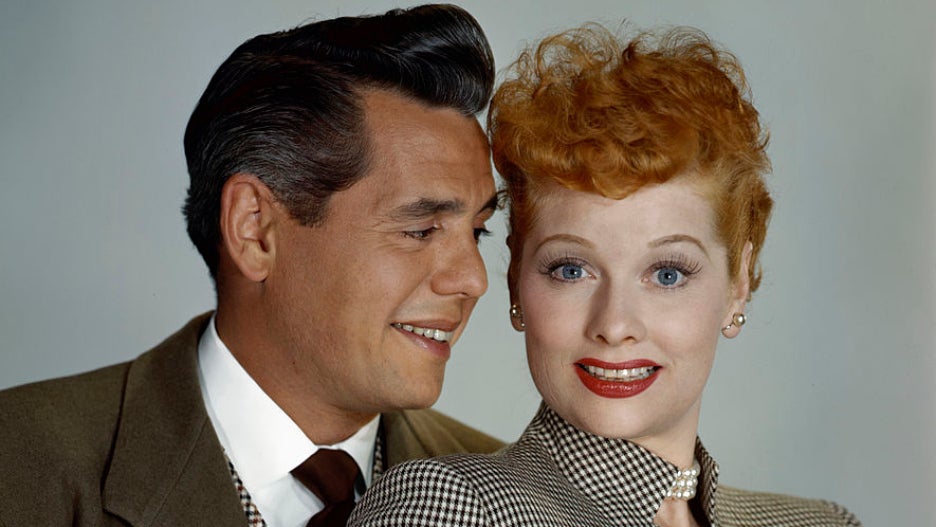 If Lucy had not been persistent about wanting her real-life husband, Desi Arnaz, to be her TV hubby on "I Love Lucy," it would not have happened. Before "I Love Lucy," CBS was so impressed by her comedic performance on her radio program "My Favorite Husband" that they wanted to adapt it for television. Lucy agreed under one condition – Desi would play the role of her husband. CBS wasn't thrilled with the idea, believing that no one would tune in to watch an "all-American red-headed woman with a Cuban," especially a Cuban with a thick accent. But Lucy wouldn't budge.

To prove her point that America would love them as a husband-wife team, Lucy and Desi toured the country in sort of vaudeville act. Her fans couldn't get enough, and CBS agreed. 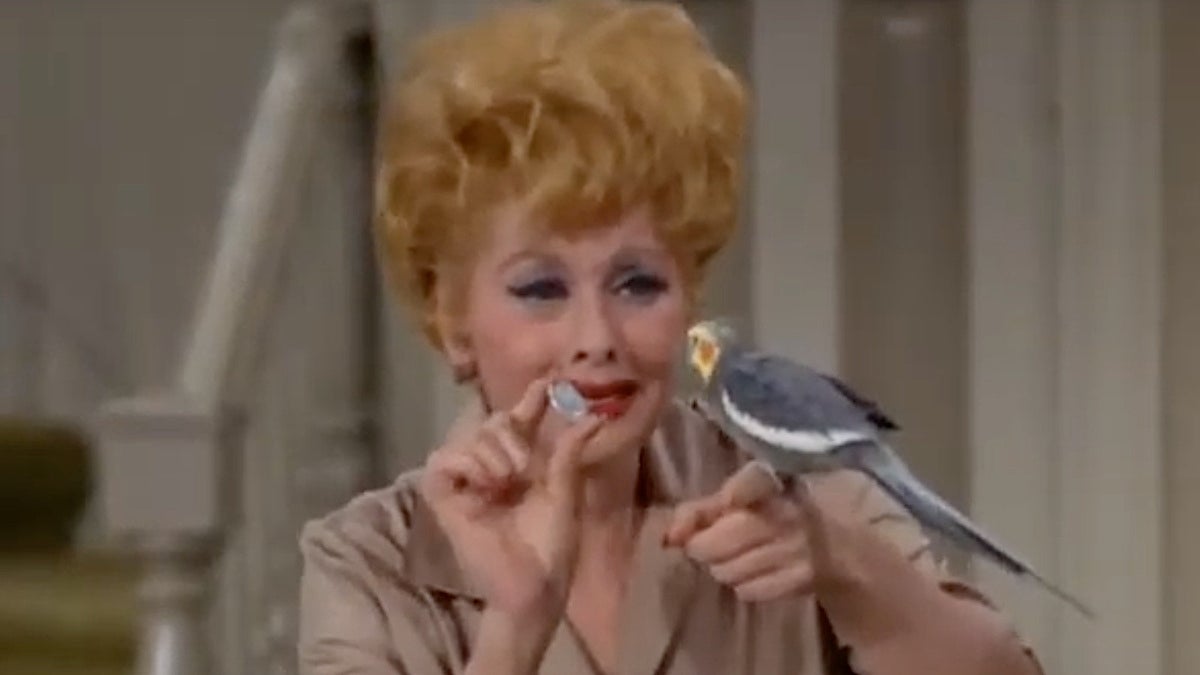 • Lucy was superstitious about pictures of birds

Lucille was only 3 years old when her father died of typhoid fever at age 27. Because she was so young at the time, she later said that she remembered very little of that day -- but one thing she did remember was a picture frame falling off the wall and a bird flying into her house. And that memory scarred her for the rest of her life. Although she was able to be in the vicinity of a bird, she couldn't look at pictures of them and had even refused to stay in a hotel room with artwork of birds on the walls. 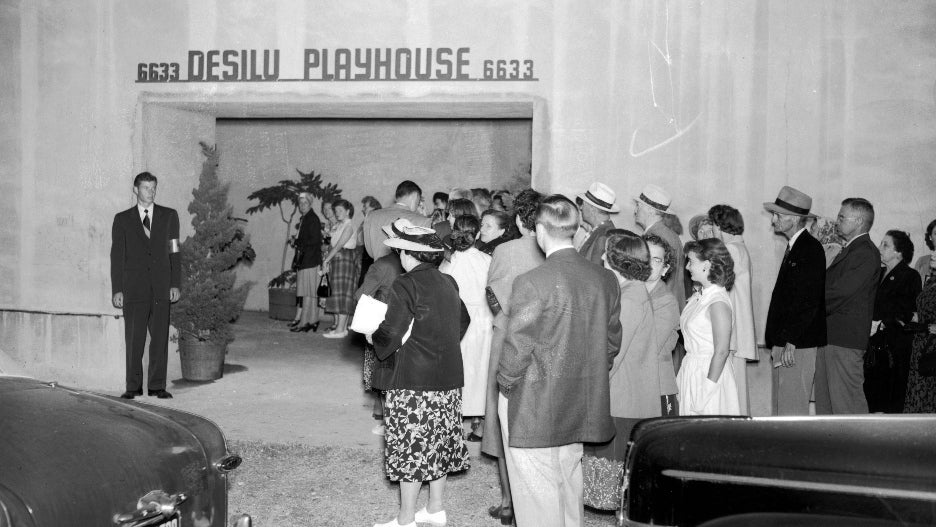 Lucille Ball took her Hollywood know-how to an all-new height, crashing right through that glass ceiling to become the first woman to run a major TV studio. In 1962, Desi Arnaz resigned as the studio's president, and Lucy bought out his holding in the company. Four years later, CBS turned down the original "Star Trek" series pilot, fearing the weekly budget to produce it would be too high. But Lucy stood behind it and gave the crew the finances needed, and it was made. So, Trekkies, you've got Lucille Ball to thank for your obsession. (Desilu also went on to produce the TV series "Mission: Impossible.") 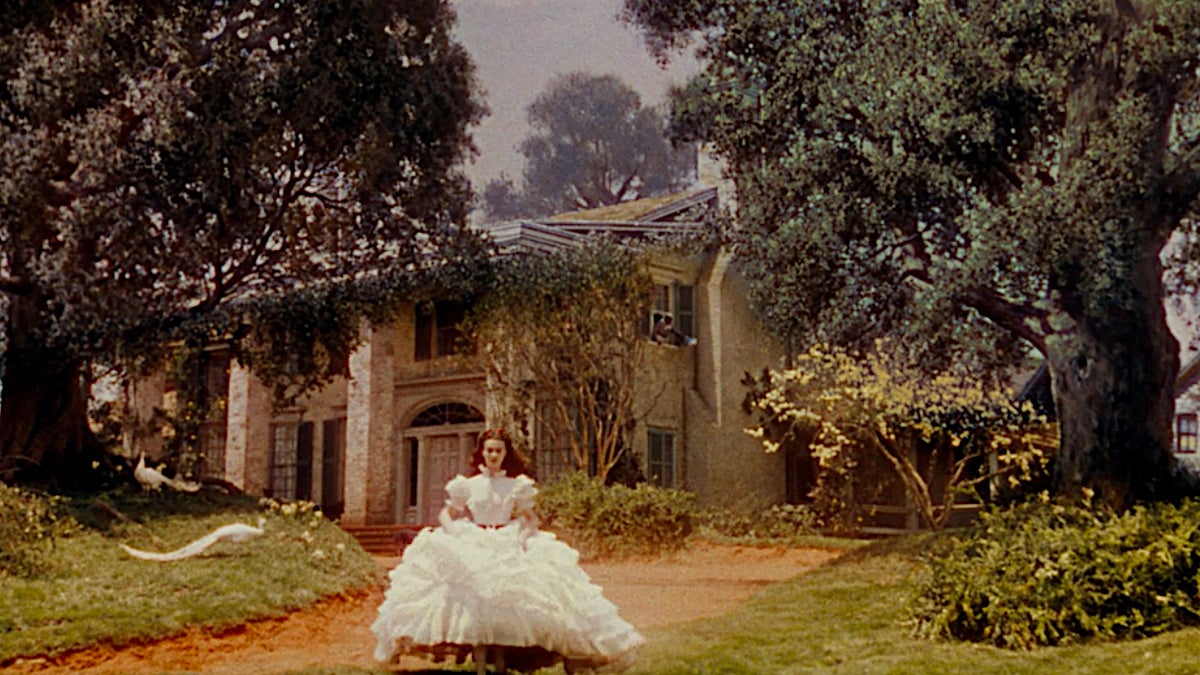 • Lucy and Desi once owned Tara, Scarlett O'Hara's plantation in "Gone With the Wind"

In 1957, Desilu Productions bought all of RKO Pictures properties for $6.15 million. Quite a steal, actually. According to Ball, "We now owned 33 more sound stages, or 11 more than 20th century Fox and four more than MGM. We had fabulous permanent sets, including the Southern plantation exterior from 'Gone With the Wind,' fire-scarred and weather-beaten, but still majestic." 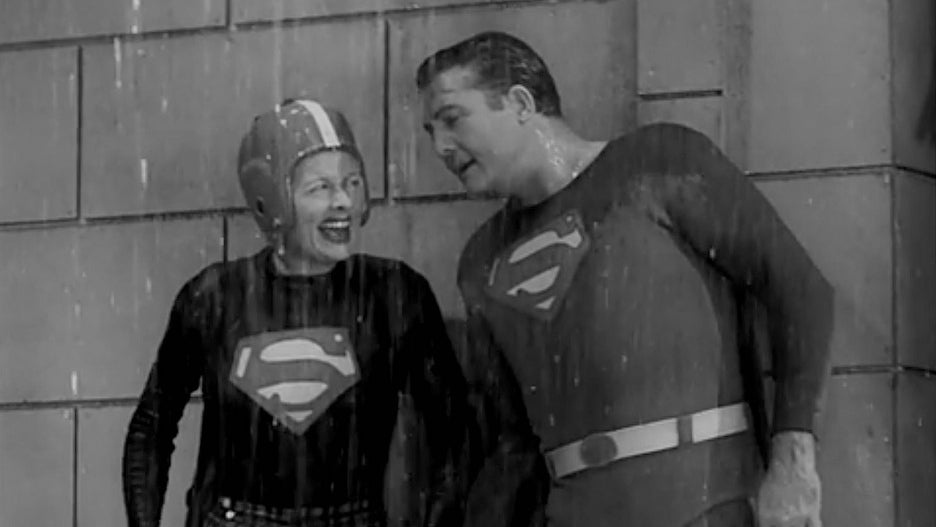 • When TV Superman George Reeves appeared on "I Love Lucy," she insisted his real name not be mentioned in the credits

Lucy put thought into the wants and needs of her audience of all ages. In an episode of "I Love Lucy" in which she promises Little Ricky that she'll get Superman to attend his birthday party, TV's Man of Steel himself, George Reeves, made a guest appearance. But to keep the fantasy alive that it was really Superman (not an actor), Lucy insisted Reeves name not appear in the episode credits. 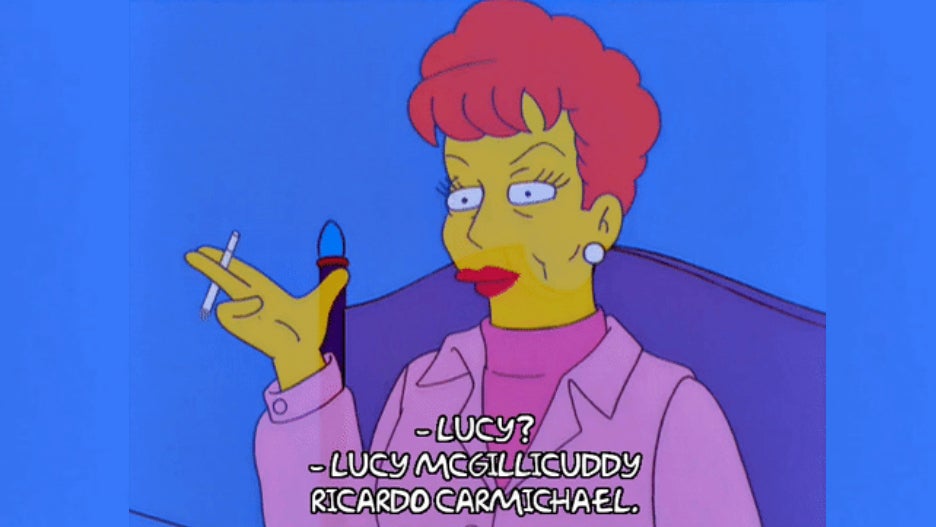 • A "Simpson" character was made in her honor

"The Simpsons" has paid homage to Lucille Ball on more than one occasion. In the episode titled "Little Big Mom," Lisa is visited by Lucy's ghost, who is named Lucy McGillicuddy Ricardo Carmichael (Ball's maiden and married names on "I Love Lucy" and "The Lucy Show.") There was also an episode that had Moe selling clams that look like Lucy, and a parody of "I Love Lucy" called "I Lost Lucy," in which a character visits Lucille Ball's grave. 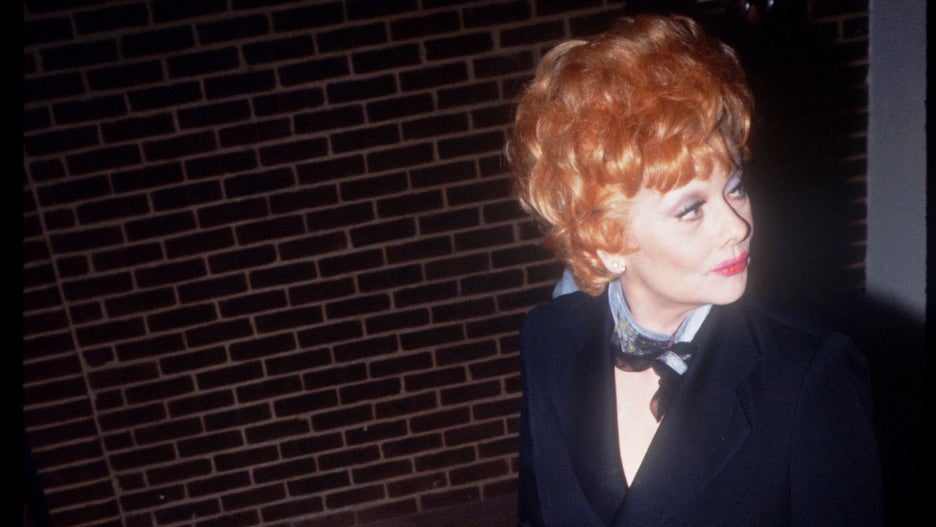 You can add college professor to Lucy's resume. In 1979, California State University, Northridge hired her as an assistant professor to teach a three-unit class called "Television and Film Aesthetics," which included showing and analyzing film and television programs.

"I try to teach them the art of taking care of themselves in every way so someone else doesn't have to," she told The Los Angeles Times. "All they hear about is rejection. I try not to talk about rejection. I teach how to do the best for you -- don't be a patsy, a pushover -- and to take that step ahead every day."