The original one-hour special saw rapper, actor and restauranteur Chris “Ludacris” Bridges get schooled in international cuisine. Pretty much the one thing Bridges hasn’t done — and clearly, from the special, couldn’t do — is cook. In the original February special, which came from executive producer Will Packer, Ludacris tackled Indian cuisine with the help of James Beard Award-nominated chef Meherwan Irani.

Future specials will explore a variety of flavors and cooking techniques from across the globe. “Luda Can’t Cook” is produced for Discovery+ by executive producers Packer and Kelly Smith from Will Packer Media and Matt Kelly and Mike Sorensen from Anomaly Entertainment. 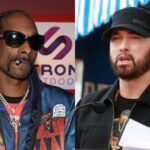 “Our audience loved watching Ludacris accept an unexpected challenge,” Courtney White, the president of Food Network and Cooking Channel, told TheWrap. ”He is unrivaled in the studio and on the big screen, but not so much in the kitchen – and we are excited to bring him back to advance his cooking skills further and explore even more types of food.”

“I had an amazing experience the first time around and went from being clueless in the kitchen to making some delicious dishes,” Ludacris added. “I’m excited to team up again with discovery+ and Will to master all different kinds of cuisine so I can impress my wife, mom and kids with my new skills.”

“This is an example of Discovery+ heeding the southern adage, ‘If it ain’t broke, don’t fix it!’ which is also apropos for the relationship with Luda and I,” Packer said in a statement. “Excited to keep this partnership going.”

Ludacris has sold more than 24 million albums worldwide. In addition to now cooking on-screen, he plays Tej in the “Fast & Furious” franchise. Bridges owns the Chicken-n-Beer restaurant in his home city of Atlanta, Georgia.