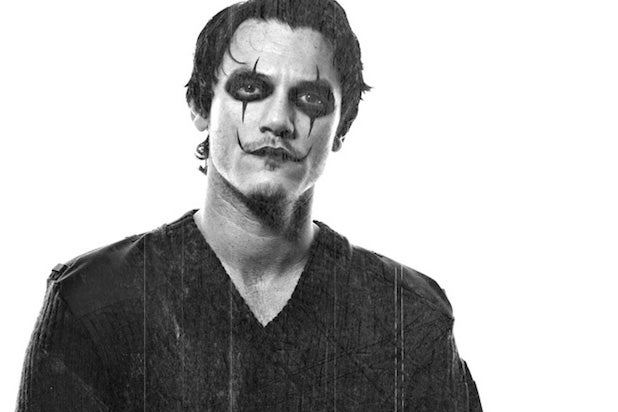 Relativity and director Corin Hardy are searching for a new star for “The Crow” reboot, as Luke Evans has officially exited the project to pursue other projects, his publicist has confirmed to TheWrap.

With comic book movies all the rage these days, “The Crow” is a high-profile project in Relativity’s development stable. The reboot was seen as having plenty of potential given the original film’s status as a cult classic.

Evans was poised to play Eric Draven when F. Javier Gutierrez was attached to direct “The Crow,” but production was delayed and with no new start date in sight, Evans was forced to pass and move on.

He made statements to that effect in December during press rounds for “The Hobbit” but there was always the hope that Relativity could convince him to stick around as it scrambled to find a new filmmaker after Gutierrez left to direct “Rings” for Paramount.

Hardy signed on in early December but has been busy with post-production on his feature debut “The Hallow,” which premieres at Sundance this week. Now that Evans has officially parted ways with the project, Hardy will have the opportunity to put together his own vision for the film.

Despite all the speculation that Evans was preparing to depart the project late last year, he was still listed as starring in “The Crow” on IMDb as of Saturday afternoon.

Asked in December whether “The Crow” was still progressing, Evans offered a candid response to Den of Geek. “It’s not, no. No at the minute… ‘The Crow’ is not, not for me, I think it’s a little… I mean I’m sure it’s going to go ahead at some point, but I have other projects that are greenlit and ready to go and projects that I’m very interested in and you know, I can’t wait much longer!”

Evans made his final decision in the wake of “Dracula Untold’s” international success of ($215 million worldwide) before Relativity hired Hardy, who will start meeting with new actors soon.

Tom Hiddleston was initially sought to star in “The Crow” reboot but he passed on the role despite an impressive makeup test.

Evans will soon be seen in Ben Wheatley’s “High-Rise,” and he’s planning to reteam with the director for “Free Fire.” He recently played the villain “Fast & Furious 6” and will appear in the upcoming short film “Fast & Furious: Supercharged.”

Note: The photo above is a piece of fan art, not an official image. TheWrap will gladly update this story to credit its creator should they come forward.